Booz Allen Hamilton has put forward proposals to allay DOJ antitrust concerns over its acquisition of EverWatch, including signing a commitment that both companies would remain independent for up to a year.

In court documents filed as part of pre-trial proceedings, the federal contracting giant said it would agree to both companies remaining structurally separate and independent, autonomous competitors on a forthcoming NSA signals intelligence contract known as Optimal Decision.

Booz Allen also said it would establish financial bonuses for the members of the winning contracting team, which would incentivize them to compete aggressively with one another and guarantee that Booz Allen stands by any bid ultimately chosen by the NSA.

The commitments were included in a consent judgment proposed by the publicly listed company in an attempt to remedy the Department of Justice’s concerns. If agreed to, the judgment would expire once the Optimal Decision contract is awarded or one year from the order’s entry, whichever is sooner.

According to Booz Allen, the proposed agreement would also guarantee total independence of each capture team working on proposals for the Optimal Decision solicitation, and would result in the appointment of an antitrust compliance officer to oversee implementation of the consent judgment.

Booz Allen is seeking a judgment that would allow the EverWatch acquisition to proceed. The deal has been in limbo since June, after the DOJ filed an antitrust lawsuit in which it argued that the deal would create a monopoly bidder for NSA defense contracts.

In previous pre-trial filings, Booz Allen argued that the DOJ’s claims are “imaginative,” “bizarre,” and not based in law or economics.

The Justice Department, meanwhile, has argued in filings that Booz Allen’s acquisition of EverWatch could create a monopoly bidder for certain intelligence community contracts, and that “Booz Allen decided to buy its only rival”.

Booz Allen announced its plan to buy EverWatch in March for an undisclosed sum. Both companies currently compete for government contracts that provide operational modeling and simulation services to the National Security Agency (NSA).

Optimal Decision (OD) is the follow-on procurement to a series of NSA contracts known as MASON I, II, and III, all of which involve providing modeling-and-simulation services on NSA’s systems.

An NSA spokesperson said the agency has an established RFP process that it will continue to follow, and that it would not comment on an antitrust matter.

A Booz Allen Hamilton spokesperson said: “We continue to strongly disagree with the DOJ’s misguided characterization of this transaction.”

They added: ”The proposed consent decree offers a reasonable, good faith approach that addresses the DOJ’s central arguments while preserving the transaction’s intent – to strengthen overall industry competition by enabling the combined company to compete against entrenched larger competitors.”

The DOJ did not respond to a request for comment.

Editor’s Note: This story was updated to include comment from Booz Allen Hamilton. 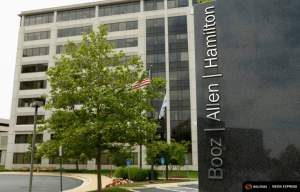