The next Federal Data Strategy action plan should encourage agencies to use alternative data sources to fill gaps impacting underrepresented groups, according to the Center for Data Innovation.

The Center for Data Innovation is a research arm of the nonprofit Information Technology and Innovation Foundation.

CDI recommends that the Federal Chief Data Officers (CDO) Council amend the Federal Data Strategy (FDS) to acknowledge what it’s calling the data divide: the lack of equitable data collection on certain Americans that impacts their access to health care, education and financial services. The center further recommends directing agencies to increase the amount of high-quality data they collect on underrepresented groups, which could be done through the FDS 2022 Action Plan — assuming one is ever released.

The CDO Council did not publish a Federal Data Strategy for 2021 until October last year.

“I think they should be thinking about how they can use these alternative data sources to fill their existing knowledge gaps,” Gillian Diebold, CDI policy analyst and the report’s author, told FedScoop. “I think there’s a lot of potential that’s gone unexplored there.”

A Year 3 Action Plan could also have agencies amend their own data strategies, increase the number of languages and direct outreach for federal surveys, and redistribute sensors gathering data to underrepresented communities, Diebold said.

Agencies’ data collectors should be required to increase the quality of their annotations, which would in turn avoid biased results and build trust, while agencies should consider the value in crowdsourcing data — like the State Department Humanitarian Information Unit already does through OpenStreetMaps, she added.

A final action the Federal CDO Council could include is equitable deployment of data systems like artificial intelligence in the classroom, which shouldn’t be limited to affluent school districts, Diebold said.

The Biden administration launched the Equitable Data Working Group, which made recommendations in April for disaggregating health data by race, ethnicity, gender, disability, income, veteran status, age, and other demographics.

“The working group signals to the agencies that this is something to be taken seriously,” Diebold said. “And obviously the Biden administration has been putting out a lot of directives related to getting greater equity.” 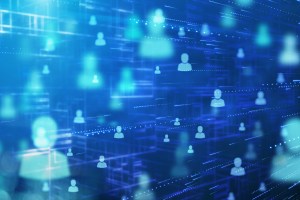