The Cybersecurity and Infrastructure Security Agency, which houses the CDM program, doesn’t have an announcement on Cox’s final day or replacement yet, according to a spokesperson.

Cox has been instrumental in steering the CDM program, as it helps civilian agencies adopt tools feeding cybersecurity risk data to agency and federal dashboards for maximum visibility across the enterprise.

“Kevin has done a tremendous job advancing the CDM program over the last four years,” said Eric Goldstein, executive assistant director for cybersecurity at CISA. “We are thankful for his service to CISA and continued service to the federal government.”

The move to DOJ is a return for Cox, who previously served as the department’s deputy chief information security officer. 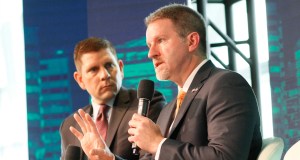