The Census Bureau’s plan to deploy mobile devices to help conduct the 2020 census is back on after two vendors agreed to share a $238 million contract.

The move resolves a contract protest that the Government Accountability Office sustained in October, now clearing the way for the bureau to test and deploy mobility technology to census enumerators in 2019.

The Department of Commerce — which oversees the Census Bureau — notified the GAO in a November letter that contract awardee CDW-G had reached an agreement to subcontract with protester AT&T to provide what its calls Decennial Device as a Service, or dDaaS.

The prime contract is set to provide the Census Bureau with 400,000 mobile devices — starting with 75,000 by August 2019 — for enumeration and follow up as the agency attempts to upgrade its information collection efforts from traditional paper-and-pen efforts.

The letter stated that Census officials quickly moved to resolve the protest following GAO’s sustainment by meeting with both companies in hopes of facilitating an agreement on the contract.

“Census takes GAO’s recommendations seriously and immediately began examining all potential paths forward to enable Census to proceed with this important program without endangering the critical path for the 2020 Decennial Census,” says the letter, obtained by FedScoop. “As part of that process, Census began developing an action plan to implement GAO’s recommended corrective action. Census also convened a meeting with the Awardee/Intervenor and the Protester on Oct. 12, to describe the steps Census was taking and to facilitate a dialogue between the Protester and the Intervenor.”

GAO found in October that the Census Bureau conducted “unequal and misleading discussions, and failed to adequately document its evaluation and selection decision” in the bid evaluation process, recommending it re-open the competition. But since AT&T agreed to drop its protest, the Census Bureau no longer needed to re-compete the contract and it agreed to reimburse the company for the costs of the protest.

The protest process often affords agencies the opportunity to settle a dispute through a number of avenues — including dispute resolution, corrective action by the agency or negotiation assistance — prior to a GAO ruling. But it’s uncommon for such action to be taken after a GAO decision has been rendered.

“I don’t think it happens often that companies settle a protest between themselves after GAO issues a protest, but as we understand the situation, that is what has happened here,” Ralph White, GAO’s managing associate general counsel for procurement law, said in an email. “As Census explains, this renders moot any need to take further corrective action to address the protest decision.”

The bureau has faced pressure from Congress over delays in testing its information technology systems ahead of the 2020 Census and was on a tight deadline to deploy the mobility technology in the field. At least one of those delays now seems on its way to being resolved.

Census officials were unable to comment on the resolution at press time. 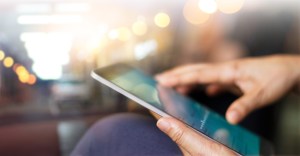