The Department of the Navy’s first chief information security officer, Christopher Cleary, is now also the department’s principal cyber adviser, the first in the Navy’s history.

Cleary will remain as the Navy’s CISO until a new person is selected for that job, a Navy spokesperson told FedScoop. As PCA, he now will be tasked with implementing cyber strategy and working across the Department of Defense and industry on cybersecurity policy, according to an announcement from the Navy.

This is the second time Cleary will help create a new job within the Department of the Navy. He became the first CISO a year ago, gaining the title Navy leadership reorganized its IT shop to focus more on cybersecurity following several high-profile breeches of contractors. Now that he is also the PCA, Cleary gains even more authority and responsibility over improving the Navy’s cyber posture and working with others across the department and industry.

“Cleary brings to the position a wealth of experience,” the announcement form the Navy stated. “He is a Naval Academy graduate and retired Naval Reserve Officer who served 16 of 24 years on active duty in a variety of leadership roles.”

The new job was mandated by the 2020 National Defense Authorization Act (NDAA).

There is a long list of programs over which Cleary will have direct authority as PCA, including cybersecurity management, acquisition of tools and services, and supply chain risk management of the industrial base.

The Department of the Army appointed Terry Mitchell to be its PCA in September, an Army spokesperson confirmed to FedScoop.  The Army’s PCA will advise the secretary and chief of staff of the Army on all cyber matters and the implementation of DOD cyber strategy. The Air Force, the third military department to need a PCA, is yet to name one.

“Honored to be named by Secretary [Kenneth] Braithwaite and Under Secretary [Gregory] Slavonic as the Department of the Navy’s first Principal Cyber Advisor!” Cleary wrote on his LinkedIn following the news. 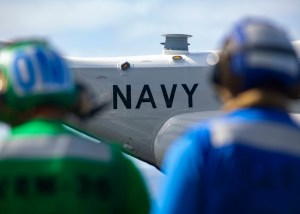