The Coast Guard joined the military’s new electronic health record program at a handful of medical clinics in October and plans to deploy the modernized systems at dozens of clinics next year, officials announced Thursday.

The Coast Guard‘s announcement adds the service to the Military Health System’s (MHS) GENESIS program that will one day link the Department of Veterans Affairs, Department of Defense and Coast Guard together in an interoperable health IT environment based on a Cerner Millennium platform. It is one of the largest IT shifts to the military health care system in decades and the first time service members will have their medical records seamlessly transfer to the VA’s system once they leave the service.

“We are proud to collaborate with DOD and VA to develop and field a consolidated EHR,” Schofield said. The Coast Guard is housed under the Department of Homeland Security but is a member of the armed forces and linked into the DOD’s Information Network (DODIN), alleviating some of the IT challenges of linking across departments.

Following successful tweaking of the technology in the four pilot deployments, the Coast Guard will roll out the program to 14 clinics in the Pacific region in early 2021 and 26 clinics in the Atlantic region later that summer, Schofield said.

The entire MHS GENESIS program is scheduled to be deployed across the military by the end of 2023, according to other health officials on the call with reporters.

The pandemic has had only marginal impacts on the program, the officials said. While it slowed DOD’s deployment of some EHR system rollouts, the largest impact was switching the user training on the system from in-person to virtual, said Holly Joers, the acting program executive officer for Defense Healthcare Management Systems.

The VA launched its modernized health record at its first facility in October, officials told FedScoop. Despite the VA being slower on its timeline, plans are still on track for its full integration and interoperability with the MHS system. 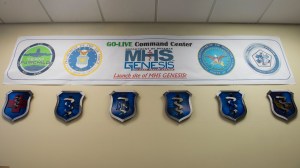