The Department of Commerce plans to begin demonstrations of a cloud-based data repository prototype containing the locations of space objects to improve transparency and asset and operational safety this fall.

Called the Open-Architecture Data Repository (OADR), the prototype will ensure the U.S. space industry has situational awareness of orbiting satellites and junk for future missions.

The U.S. needs the best-available data to track about 29,000 space objects currently in orbit and an estimated 50,000 new satellites launching between now and 2030, so the Office of Space Commerce began piloting activities to improve commercial space safety earlier this year.

“It was a data strategy that really fell out of the National Oceanic and Atmospheric Administration because they already have the satellites up there,” said Tom Beach, interim chief data office at DOC, during a recent ACT-IAC event. “They already are collecting this data.”

OSC plans to conduct analysis, develop technical prototypes and perform additional demos with an eye toward using sensors and artificial intelligence to monitor the thermosphere and exosphere and prevent space objects from crashing into each other, Beach said.

What OSC is not trying to be is the Federal Aviation Administration of space. So while it will populate the OADR with accurate, timely data, that data is for industry to expand upon and develop services around that it sells back to government, Beach said.

OSC is working with the departments of Defense and Transportation and NASA — all of which have a shared interest in space traffic management — as well as industry and academia to populate OADR with data. 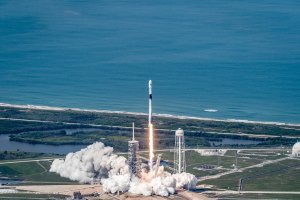