The Office of Space of Commerce wants to buy more commercial satellite tracking data to improve on-orbit collision warnings and other applications of its Open-Architecture Data Repository in 2022, according to Technical Director Scott Leonard.

OSC had the National Oceanic and Atmospheric Administration‘s acquisition arm issue a request for information (RFI) Feb. 16 on commercial tracking data and services that will be available between now and 2030, so that its repository might serve as a marketplace for them.

Companies provided some data for free so OSC could develop a cloud-based Open-Architecture Data Repository (OADR) prototype, containing the locations of orbiting satellites and debris for space situational awareness (SSA), last summer. But OSC needs to study more commercial low Earth orbit (LEO) and geostationary orbit (GEO) data to improve its OADR algorithms to the point where satellite users trust the reliability of their collision warnings.

“We’re going to do that for the first few years, get that going and then we’re going after international data,” Leonard told FedScoop. “At the end of the day this is a global problem, and we feel like the U.S. can be the global leader in this area.”

OADR is an unclassified system, and OSC is already working with the European Union Space Surveillance and Tracking (EUSST) program to determine what data is interoperable and how more might be shared to fill in reporting gaps and begin tacking debris less than 3 centimeters in size.

OSC hopes to issue another RFI soon for cloud hosting of OADR and, after that, an omnibus RFI for all of the services comprising OADR like conjunction screening, ephemeris generation and the web interface, Leonard said.

The OADR prototype combined 60 days of Department of Defense data with commercial data on about 20,000 to generate on-orbit collision warnings every 15 minutes

“We feel like we can do this even faster because the cloud really offers a great opportunity for scaling up processing power, and that’s one of our intentions,” Leonard said. “We want to make sure that the satellite user gets these warnings and watches of the space environment on a very close to near real-time basis, which is a whole lot more modernized than what currently happens at DOD.”

DOD’s traditional SSA system currently provides collision warnings every eight hours and relies solely on its own tracking data, which is a problem because the department lacks the assets to do so effectively while also monitoring active payloads, large objects and foreign issues. As a result, companies that operate satellites are often reluctant to move them when DOD’s system warns them of a potential collision, Leonard said.

The Department of Commerce, of which OSC is a part, plans to take commercial sector work off of DOD’s plate with OADR, so it can focus on its defense and national security missions.

OSC is building a research and development environment in conjunction with OADR for testing the latest algorithms and working with companies like SpaceX, OneWeb and Amazon to get their large, planned constellations of satellites talking to OADR autonomously. The goal is for satellites to send timed maneuvers to OADR, which would give them the all-clear before proceeding, or alternatively the system would warn them of a pending collision and advise them on which of their stored maneuvers to use.

SpaceX’s launch of its Starling will help OSC and NASA, which has been involved with the project for the last six to seven months, get autonomous operations talking to ground systems as well.

The containerized architecture of OADR will allow OSC to provide satellite operators with DOD, NASA and commercial models in addition to its own, allowing for the sale of more in-depth analysis. DOD, NASA and the Federal Aviation Administration will fund advances to the OADR data products they need.

“We’ve been working with our appropriators in Congress and requesting the proper funding next year and follow-ons to build this system, and we’re excited,” Leonard said. “We’re bringing in new staff this year and should have a director and deputy director very soon; they actually just advertised the deputy director position for the office.” 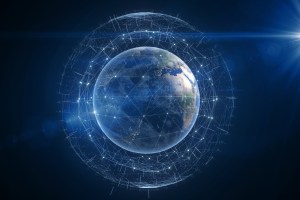