OSC resides within the National Oceanic and Atmospheric Administration within the Department of Commerce, which was given until 2024 to assume the Department of Defense‘s responsibility of coordinating increasingly congested commercial and civil satellite orbits around Earth in a 2018 presidential directive. The office contributed $850,000 to DOD for the award of space situational awareness (SSA) data analysis contracts to seven firms, via the Joint Task Force-Space Defense Commercial Office Operations (JCO) vehicle, enabling the pilot.

“The space traffic coordination pilot project contracts — combined with the approximately $3.1 million in contracts that the Department of Commerce let in the summer for data purchase — are designed to demonstrate commercial capabilities and to help the Office of Space Commerce team develop the structure and operational requirements for the future system,” a NOAA spokesperson told FedScoop.

OSC hopes the pilot will help determine the extent to which commercial SSA services can augment or replace DOD’s existing capabilities, ideally forming the core of the new system.

Members of the Space Data Association will gather feedback from commercial satellite operators on the usefulness of the SSA services provided. OSC will then compare results to determine the maturity of SSA services and inform its approach to low Earth orbit (LEO).

“This pilot project helps usher in a new phase in how government and commercial operators work together to coordinate activities on-orbit,” said NOAA Administrator Rick Spinrad in a statement. “NOAA looks forward to continued collaborations that safely enhance the economic and technical potential of the U.S. commercial space sector.” 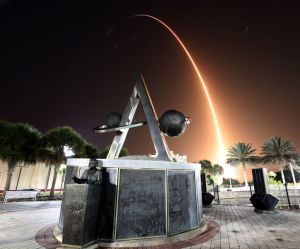