The plan comes in response to vulnerabilities and weaknesses in widely deployed open source software — which makes up 70% to 90% of software stacks — that threaten the security of federal agencies, infrastructure providers, businesses and nonprofits.

“It requires a cohesive effort because there’s not one root cause or one root approach that’s going to address them all,” said Brian Behlendorf, general manager of the Linux Foundation’s Open Source Security Foundation (OpenSSF), on a press call Thursday. “Industry recognizes that; I think the public sector partners recognize that as well.”

“I think this really ensures that we all understand the importance of open source, how productive it’s allowed us to be and our obligation to consider the implications of using it,” said Jamie Thomas, general manager of systems strategy and development for IBM.

Tech companies must now justify their $30 million investments, a downpayment on a bigger pool of funding planned over the next two years.

“It’s the beginnings of what will hopefully be a larger fund to cover the $150 million that we identified,” Behlendorf said. “Now as the plans evolve, as we find ways to save money, as we adjust the targets to the available funding, we’ll right-size it to the opportunity.” 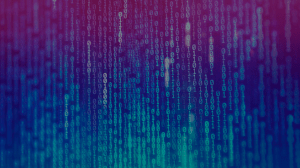