The Computing Technology Industry Association pledged to certify 625,000 workers in IT skills by 2024, citing hundreds of thousands of job vacancies, at a White House meeting on Monday.

A nonprofit trade association that runs “vendor neutral” training programs, CompTIA estimates tech jobs account for 8 percent of the nation’s workforce — one in every 13 positions — with the $1.8 trillion industry adding 1.9 million posts since 2010. And continued growth is expected.

CompTIA CEO Todd Thibodeaux signed the Pledge to America’s Workers along with Michael Kratsios, deputy assistant to the president for technology policy, and Christopher Liddell, deputy chief of staff for policy coordination.

“With hundreds of thousands of tech job openings sitting unfilled, it’s critical we spread the word the tech industry has jobs for anyone,” Thibodeaux said in the announcement. “Working in tech isn’t just for people with advanced STEM degrees. Our industry is unique in that there are many on-ramps to careers and avenues to success for individuals with varied levels of education, experience and backgrounds.”

The Government Accountability Office identified 35 programs with fundamental deficiencies in mission performance, 16 of which are due to critical skills gaps. That number jumps to 17 if you include governmentwide human capital issues associated with the Office of Personnel Management, and IT acquisitions and maintenance skills — along with those in cybersecurity — are frequently the ones lacking.

The median annual tech wage of $82,000 is almost twice the national median, according to CompTIA. 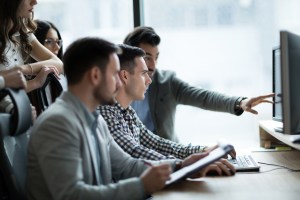