A group of seven tech associations is calling for the Senate to prioritize funding in the next potential coronavirus relief package for federal IT modernization and cybersecurity programs such as the Technology Modernization Fund and Continuous Diagnostics and Mitigation.

While many federal CIOs have responded to the COVID-19 crisis “commendably,” there is still a critical need for IT modernization and cybersecurity funding as the pandemic continues — and some areas see a spike in positive cases — the associations wrote in a letter Monday to Senate leaders Mitch McConnell, R-Ky., Chuck Schumer, D-N.Y., and others.

“[T]he prevalence of outdated legacy IT continues to hamper the effectiveness of recovery efforts,” the letter says. “Citizens are being denied positive digital government experiences as they seek access to much needed programs, such as securing business loan programs, receiving economic security payments, or applying for unemployment benefits.”

While the groups stress the importance of issuing relief funding for IT at all levels of government, they point specifically to the TMF and CDM as high priority programs that could maximize IT response efforts at the federal level.

The letter calls the TMF “particularly powerful during these unique times” because of its built-in transparency mechanisms, like required spending plans, quarterly reporting and preference for commercial technologies. The associations ask the Senate to fund the program with at least $1 billion, the level the House recommended in its HEROES Act relief legislation in May.

“This will enable government to quickly and effectively leverage commercial capabilities and services that are vital for maintaining operations, deprecating legacy systems, and improving the ability of agencies to manage IT resources effectively throughout changing circumstances,” the letter says. It also calls for the elimination or relaxation of payback requirements for agencies who borrow from the central fund for coronavirus IT response to “spur greater utilization” of the funding.

Likewise, the associations feel there hasn’t been enough relief support given to CDM as the federal government faces increased and opportunistic cyberattacks during the pandemic and the Department of Homeland Security program receives greater demand for its services.

Last week, CDM’s Kevin Cox described the program’s “delicate dance” to scale up to help agencies without an increase in funding.

“We know that our nation-state and criminal adversaries are looking at where they can exploit events like this to get more access to try to get data, try to do malicious things on the network,” Cox said.

And when the federal government shifts resources to the agencies most targeted during COVID-19, it’s to the detriment of the other agencies who “still face elevated risks,” the letter says.

The letter comes as Democratic leadership has called on Senate Republicans to kick off negotiations for a new round of relief funding. The House passed the $3 trillion HEROES Act in mid-May, but the Republican-led Senate did not act on it, calling it “dead on arrival.” 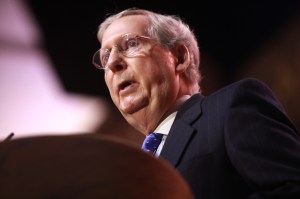