The U.S. Merit System Protection Board took aim at a “rigid” government pay system that it said was at fault for the lack of success in federal cyber reskilling programs.

The mid-career employees without an IT background who volunteered for the Federal Cyber Reskilling Academy would have had to take a pay cut if they transitioned to a new cybersecurity job, one cause for a lack of success in the program, according to a January newsletter from the MSPB.

The letter says that Office of Management and Budget Deputy Director for Management Margaret Weichert expressed frustration at the close of the program’s first cohort, saying the fault was in a pay system that “promotes fairness but lacks agility.”

The academy was launched in 2018 by Federal CIO Suzette Kent as a part of the President’s Management Agenda to increase the federal government’s cyber workforce. “Cybersecurity is a key priority for this administration. This is why we need to continue to transform and modernize our efforts to improve our cyber posture,” Kent said in a statement in 2018.

One federal IT official pointed to another problem: You can’t make an expert overnight. The pay cuts would have kicked in because the formerly non-IT workers would have had to fill entry-level jobs, a rank that would match their experience level but not necessarily their seniority in the government.

“As anyone who’s worked in Cybersecurity can tell you, you can’t learn this stuff in six weeks” Bill Hunt, chief enterprise architect at the Small Business Administration, posted on Twitter.

James Read, MSPB’s director for policy and evaluation, raised the idea of a “rank-in-person” system instead of the current rank-in-position system that dominates the GS pay scales. Rank-in-person would take into account an employee’s unique skills, position, seniority and other factors in determining pay, which would give government agencies more flexibility in setting pay rates.

“These specialized workforces are structured to be more agile than GS employees,” he wrote.

The GS rank-in-position structure does allow for a temporary waiver to avoid a drop in income, but only when an employee is reassigned to accommodate immediate vacancy issues and wouldn’t apply to the employees who volunteered for a reskilling program, like the Federal Cyber Reskilling Academy.

Reskilling, especially in IT, has faced challenges both in and out of government, with many failing to convert workers into full-time IT jobs. 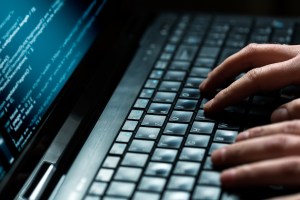