A digital service academy may be what government needs to fill talent gaps in data science, cybersecurity, application development and artificial intelligence, according to the Government Accountability Office.

The institution could operate like a military academy, but for training civil servants, offering a four- to five-year combined undergraduate and master’s degree because agencies require advanced digital skills.

First recommended by the National Security Commission on Artificial Intelligence, the idea of a digital service academy piqued the interest of the Senate Armed Services Personnel subcommittee. The committee asked GAO to study the matter, resulting in a roundtable discussion of chief technology officers, chief data officers, chief information officers, academics and other experts on Oct. 13.

“A digital service academy could help develop the pipeline of digital services workers to better meet the needs of the federal workforce, according to roundtable participants,” reads GAO’s report released Friday. “Considerations for such an academy include the kinds of skills that would be taught and the composition and size of a graduating class.”

Skills could address updating legacy IT systems; introducing advanced technologies like AI; managing cyber risks in cloud environments, where the work is too sensitive for contractors; and improving service delivery using data insights. Students would also need to learn how the federal government operates, from timelines to data-sharing agreements to understanding data bias, according to the roundtable.

For the academy to work, agencies would need to integrate their mission needs into digital projects for students, offer them mentorships, stipulate a term of federal service for graduates, and establish career pathways to improve retention once terms end.

“Federal agencies face challenges in recruiting and retaining digitally-skilled staff as the career path is not well-defined,” reads the report. “As noted earlier, the current Office of Personnel Management occupational series does not capture the range of the digital services positions needed in the federal government, which limits recruitment efforts.”

One agency represented at the roundtable had more than 2,000 open positions requiring digital skills — executives, program staff, product managers, software developers and engineers — which resulted in project backlogs. On the flip side, another agency lacked AI projects needed to retain talent with that skillset.

The roundtable also suggested pay caps be increased for graduates because the lowest level of compensation for digital staff remains General Schedule-9, and salaries vary between agencies. Hiring should also be streamlined with the federal average time to hire digital staff still around nine months. Even fellows and interns require in-house talent to train them.

Lastly the roundtable noted full-time equivalent (FTE) allocations, used by the Office of Management and Budget to manage employment, would need to be increased to accommodate a new academy.

“Without additional FTE allocations, participants said, agencies’ capacity to absorb digital service academy graduates would be limited,” reads the report. “Even with expanded budgets, agencies at or near their FTE caps would not be able to bring in new digitally-skilled staff and would instead need to rely on contractors for digital services work.” 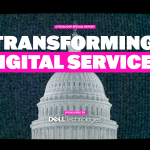 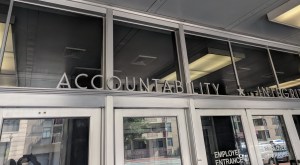