The Department of Homeland Security‘s new Cyber Talent Management System rolled out on Monday is expected to produce results “within months,” according to an agency leader.

Undersecretary for Strategy, Policy and Plans Robert Silvers said Wednesday at a House Committee on Homeland Security hearing that he believes the new HR system will be an effective tool for fast-tracking new cyber talent into government.

“I regard the shortfall of cyber talent as a national security issue,” Silvers said. “We do need to streamline other processes, but I do believe the Cyber Talent Management System (CTMS) will show tangible results over a matter of months.”

DHS earlier this week launched the system, which is one of several recent measures intended to increase the pace of hiring of cybersecurity talent within the department. In July, the department also launched a 60-day cybersecurity workforce sprint, which resulted in 500 job offers and the appointment of about 300 cyber professionals.

The CTMS allows DHS to directly screen applicants for cyber positions based on demonstrated competencies, offer competitive compensation and reduce time to hire.

Employees appointed through the system will join the new DHS Cybersecurity Service, a team that is focused on protecting U.S. critical infrastructure and citizens from cyber threats, as well as increasing national resilience.

“Already this morning, 650 people have submitted applications through the portal,” he said. “We’re looking at the full process of bringing people on board to see if we can streamline it.” 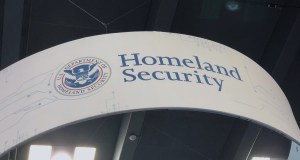