The Department of Labor has a list of the 50 top IT modernization needs across the agency’s dozens of mission areas. To make substantial progress on such a long list, Labor is taking a “multi-pronged approach” to fund that modernization, driven in large part by pursuing money from the Technology Modernization Fund, CIO Gundeep Ahluwalia said Tuesday.

The top-50 list is a “work in progress,” Ahluwalia said during a keynote speech at FedScoop’s IT Mod Talks, adding that taking a diversified approach to how Labor funds those projects has allowed it to “chip away” at those projects in recent years.

“In order to do all of this work, what is extremely important and what people often forget is the fact that you need money, and you need resources,” Ahluwalia said. “So we deployed a multi-pronged approach to funding our modernization strategy.”

Outside of direct appropriations from Congress — which Ahluwalia said the department “tried to expand as much as possible” to support modernization efforts — Labor is a major proponent of using the federal Technology Modernization Fund, applying for projects under that fund “aggressively,” as the CIO put it.

The TMF “was a key part of our strategy” to “chip away at Labor’s modernization goals,” Ahluwalia said, adding that the department was one of the first four agencies to fund a project with TMF money, specifically to modernize its temp worker visa program.

With that $3.5 million in funding, Labor was able to digitize that process, rather than requiring the printing and mailing of temp work certificates, and fortunately completed work prior to the pandemic, Alhuwalia said. “I am pleased to say we returned the loan we received from TMF as well because we saved the money out of shutting down our printing operations.”

On top of that, Labor has taken a second TMF loan to invest in its data infrastructure. “We are data rich but information poor,” Alhuwalia said of the project and its goal of breaking down data silos to “liberate information” across the department.

Labor has applied for additional TMF funding to support projects focused on cybersecurity and 508 accessibility as well, he said.

“That was another strategy that we deployed in order to improve our velocity of digitization,” he said. 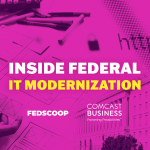 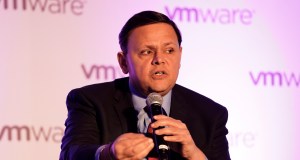 Department of Labor taking ‘multi-pronged approach’ to funding IT modernization