Graves told FedScoop that now is “the perfect time in the cycle” to step away from the deputy CIO role after the office has passed a host of federal IT policy — including Cloud Smart and the establishment of the Federal Cyber Reskilling Academy — this year.

She added that her father passed away last month, which has fueled her decision to focus on family.

Graves told FedScoop she is “very proud” of the work the Federal CIO office has done in recent years.

Graves has been at the White House Office of Management and Budget since March 2016. After the 2016 election she served as acting federal CIO for about a year before Suzette Kent was appointed. Prior to joining OMB, Graves was the principal deputy CIO for the Department of Homeland Security.

Next, Graves plans to take a role in the private sector. 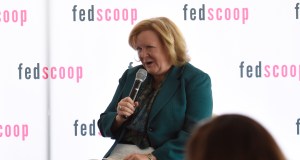