The federal government has a new IT chief.

President Donald Trump appointed Suzette Kent as administrator of the Office of Electronic Government at the Office of Management and Budget on Friday. The position is recognized as the U.S. CIO, sets IT policies for federal agencies and leads the Federal CIO Council.

Kent, most recently a principal with Ernst and Young, has spent her career in the private sector largely working in financial services roles. In a statement, the White House credits her as “an industry leader of large-scale business transformation using technology, for the world’s most complex organizations.” She’s also spent time at Accenture, Carreker Corp. and JPMorgan Chase & Co.

“Although technology change has been at the core of her professional career, retooling the workforce and creating new opportunities for people has been an essential element of efforts that she has led,” the statement reads. “She has served as an enterprise leader for organizational learning, diversity and inclusiveness, and career development at every organization in which she has worked.”

Kent takes over the position as it has remained vacant in an official capacity for more than a year. Margie Graves, officially the deputy U.S. CIO, has served in the role in an acting capacity since Tony Scott left government with the change in administrations in January. 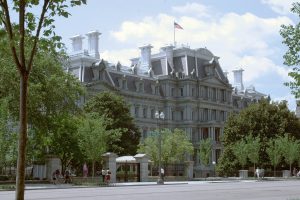