The Department of Homeland Security has promoted Rick Driggers to deputy assistant secretary for cybersecurity and communications, a DHS official confirmed Monday.

Driggers is one of two deputy directors at the Department of Homeland Security’s 24-hour watch operation, the National Cybersecurity and Communications Integration Center. He is taking over the post vacated by DHS veteran Danny Toler and once held by former U.S. CISO Greg Touhill.

The official told CyberScoop’s Shaun Waterman that Driggers “will gradually assume the responsibilities of his new position over the next few weeks.” In his new position, Driggers reports to Assistant Secretary for Cybersecurity and Communications Jeannette Manfra.

In a brief statement emailed to reporters, Manfra said she was “extremely grateful” to Toler. “He has done a great job keeping the ship afloat as the acting assistant secretary.  His contributions to the organization over the past five years will endure.  I believe the department is in a better place as a result of his work, and I will personally miss his wise counsel.” 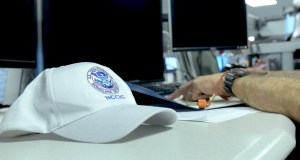