The Department of Homeland Security set a new deadline for Phase II proposals for its $10 billion IT and software FirstSource III contract, after issuing an amendment answering industry’s contracting and technical questions Thursday.

Offerors now have until the morning of Jan. 18 to submit proposals containing prior experience, past performance and pricing for the FirstSource III solicitation.

DHS nixed its Nov. 21 deadline for proposals when it realized it wouldn’t finish answering questions before then — only the latest delay to the solicitation, after eight offerors preemptively submitted bid protests with the Government Accountability Office that have since been withdrawn or dismissed.

The latest amendment clarifies pricing including for post-award equipment and labor, requires offerors with changes to their reps and certs to update their cover letters, allows for prior experience and past performance within six years of the solicitation’s issuance, and clarifies proposing stock-keeping units.

DHS anticipates making contract awards in the third quarter of 2023.

Delays began when DHS received a higher-than-anticipated 637 Phase I proposals from 325 offerors.

Phase I proposals had to include an offeror’s ability to perform work and supply chain risk management approach. Offerors “unlikely to be viable competitors” received an advisory down select notification from DHS saying as much to potentially save them money on proposal development, but they could still choose to continue with Phase II, according to the draft request for proposals.

DHS is giving offerors until Dec. 12 to submit questions about the new amendment. 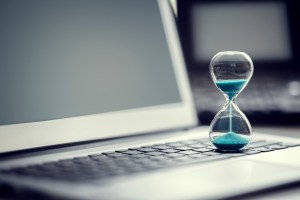