DIU is running its pilot with Google Cloud, Zscaler and McAfee Public Sector, all of which received “success memos” following a year of initial testing. The memos allow any DOD organization to use the SCM prototypes. Eventually, one company will be selected for a larger, long-term contract, likely by September, DIU said.

“These solutions simplify engagement with non-traditional technology vendors by allowing DIU users to collaborate in real time. The solutions provide equivalent security and control to the DoD’s Cloud Access Point (CAP) while delivering real-time performance, which is critical for such things as videoconferencing and file sharing,” John Chen, interim CIO for DIU, said in a release.

The Department of Defense currently has an acute need for cloud management tools for use in projects including its Joint All-Domain Command and Control (JADC2) program.

According to the DIU, technology from the three companies embraces zero trust principles, in line with the May 2021 Executive Order that is focused on improving the nation’s cybersecurity and DOD’s recent Zero Trust Reference Architecture. DIU hopes the way it prototyped the new tech can serve as a guide for other organizations throughout the department looking to implement zero trust principle.

“We have seen widespread interest in our SCM effort from Services and DOD agencies that are looking for solutions to similar challenges,” said Rick Simon, contractor and DIU project lead. “These successful prototypes will give services and agencies several independently-assessed choices, especially as they implement zero trust architectures.” 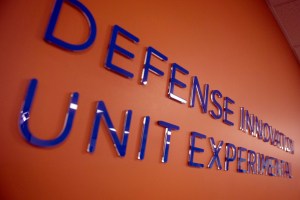