The Department of Defense might know that it needs to put in more work to better manage its use of the electromagnetic spectrum — but so far that work has been lacking, according to expert testimony Friday.

The DOD still needs to empower high-ranking leaders to push spectrum initiatives, a key goal of the department’s spectrum strategy published in September, according to Joseph Kirschbaum, director for the Government Accountability Office’s Defense Capabilities and Management Team.

The Pentagon developed its spectrum strategy hoping to claim “superiority” in building and defending robust networks after two decades of warfare with low-tech adversaries. That lack of a need to use spectrum atrophied much of DOD’s EMS muscles, senior leaders have said. As the military starts measuring its readiness to fight a large-scale, great power war, it has acknowledged it needs to play catch up.

Kirschbaum highlighted previous recommendations of a GAO report from December for the department to create a long-term oversight mechanism to ensure the spectrum strategy gets implemented during his testimony.

“The United States can no longer be assured of superiority in the spectrum,” Kirschbaum said. Previous strategies have not been fully implemented due to “bureaucratic and organizational hindrances,” and the current one could meet the same fate without action, he warned.

Strategic competitors like China and Russia have been hard at work developing weapons to disrupt U.S. networks and communications using spectrum, the hearing’s witnesses told lawmakers. The ability to disrupt DOD’s networks would be damaging in a battle now, and even more devastating in the future as the DOD turns to rely more and more on spectrum to run operations.

“The greatest risk I see today is continuing to apply a legacy strategy to the strategic realities of today,” William Conley, former director for electronic warfare in the Office of the Secretary of Defense, told lawmakers.

Developing new tools in spectrum management crosses into the DOD’s software goals since much of it is based on software-defined radios. Instead of working with antennas and other hardware, the latest research involves coding advanced algorithms and artificial intelligence to instruct the hardware to jump between frequencies, avoid jamming and finding innovative ways of communicating.

“That merging of the software and the hardware world I think will be very exciting,” Bryan Clark, a senior fellow at the Hudson Institute, told lawmakers at the hearing. 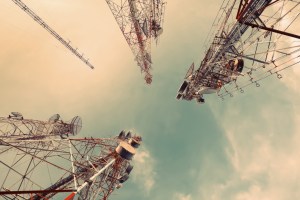 DOD at risk of not meeting its own electromagnetic spectrum goals, experts tell Congress