The Department of Defense has selected an academic team of researchers to embark on building frameworks for humans to “more truly team” with artificial intelligence.

AI is a huge focus area for the DOD, which announced Tuesday the selection of a bilateral team of researchers from the United States and the United Kingdom for the Bilateral Academic Research Initiative. The U.S. research team will get up to $3 million in DOD funding over three years, while the U.K. research team will receive up to £1.5 million from the U.K. Ministry of Defence (MOD) over the same time period.

The Bilateral Academic Research Initiative — BARI for short — supports “high-risk basic research as a bilateral academic collaboration,” according to the release. The initiative is jointly sponsored by the Basic Research Office in the U.S. Office of the Secretary of Defense and the U.K. MOD, according to the release. This is the pilot program’s inaugural year, which is focused on “artificial intelligence and collaborative decision-making.”

“This research should attempt to understand new phenomena or produce discoveries that would have significant impact on enabling new and improved operational technologies of interest to the US and UK militaries,” the funding opportunity announcement says. “The goal is to produce significant scientific breakthroughs with far reaching consequences in the field of artificial intelligence.”

Academic teams were asked to submit proposals “that build frameworks for new AI agents that allow the exploration of the ‘virtual human,’” which behaves “as an equal team member that can reason as well as its human teammates,” according to the funding opportunity announcement.

But the aim isn’t to replace the human in the mix, and the initiative isn’t interested in proposals that try to replace humans or give them roles that don’t take advantage of “human strategic level thinking.”

Humans, DOD says, are better at understanding context, applying lessons, inventing the new and versatility. For example, humans are better at applying conscious critical thought or making something up “on the fly” and adapting it, the announcement says.

“The awarded team has proposed an innovative approach to create novel frameworks for humans and machines to be effective, collaborative teammates,” Bindu Nair, deputy director for Basic Research, said.

Earlier this year the DOD also set up a center to explore artificial intelligence. Four areas of focus are planned for the Joint Artificial Intelligence Center, one of which will be increasing the department’s collaboration with the private sector, academia and military allies on the development of AI capabilities.

The department has also submitted an “extremely comprehensive” DOD AI Strategy to Congress.

“As artificial intelligence matures, we must redefine the role of computers in warfighting,” DOD CIO Dana Deasy said in August. “So how exactly will computers be seen as our partner?” 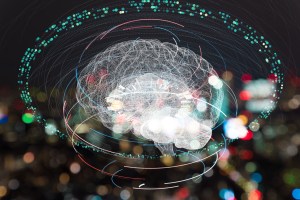