The Department of Energy’s first artificial intelligence director is currently reviewing more than 600 AI projects across its agencies to identify “critical” technologies worth advancing and replicating.

The Trump administration proposed funding AITO at $5 million in fiscal 2021 — up from $2.5 million the previous fiscal year — but the office will be tapping into other agencies’ funds as well.

“They have program and project resources available,” Ingstad told FedScoop in an interview. “So there’s a multiplier effect by working through the rest of the organization.”

Energy has 17 national laboratories developing and applying AI to power generation, cybersecurity, national security, and accelerating scientific discoveries. In some cases AI is the lead technology, and in others, it’s being used to shorten the development cycle in virtual experiments or as an analytical tool.

In the realm of energy exploration, DOE is using machine learning to drill natural gas wells more precisely and extract more from them when it does. The department also wants to use AI to optimize the security of the energy grid and improve the resilience of an economic asset.

“I really think [AI] can be applied across the board and really should be,” she said.

In addition to working with teams across DOE, Ingstad is meeting with other government offices responsible for AI, lawmakers and external partners to learn more about current and future AI.

The national labs function largely through public-private partnerships with industry and academia that Ingstad is looking to foster and expand.

“This is really a core way of operating for the Department of Energy and an area of expertise that we have that’s recognized across the U.S. government,” Ingstad said.

Reducing duplication of effort while advancing replication of the most critical AI tools will be important, she added.

AITO started with a staff of nine detailees from across the department, and that number is in the double-digits now with plans to double in size using any additional federal funding, Ingstad said.

The office is still in the process of identifying staffing needs, so it’s unclear — assuming AITO receives the $5 million the Trump administration is seeking — if all of the funds will go toward the workforce.

DOE is working on AI projects that will improve and save lives much like electricity did historically, which is why the department chose now to create AITO, Ingstad said.

“AI is now so prominent and is recognized in government and the private sector,” Ingstad said. “And many organizations are creating a coordinating office or leader for AI or a task force or a center.” 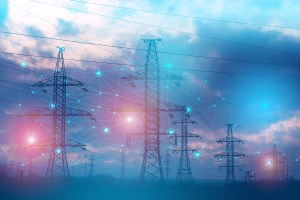