The Commission on Evidence-Based Policymaking released a massive report Thursday, detailing how the federal government could leverage data to inform future policy.

The 15-member commission formed in March 2016 as a result of the Evidence-Based Policymaking Commission Act of 2016, which tasked it with developing recommendations for the framework needed to leverage data from “federal programs and tax expenditures, survey data and related statistical data series” to assist in research-based policy and cost analysis.

“We already have mountains of data that contain new insights that creative researchers can unleash and that can provide us with an inexpensive and reliable source of information that will help us evaluate our social programs,” said co-chair Ron Haskins at a press conference announcing the report.

The report lays out 22 recommendations for the government to both secure and maintain the privacy of data moving forward, but much of it centers on the establishment of a National Secure Data Service within the Department of Commerce.

It envisions a service to oversee the privacy and the transparency protocols for managing the information, assisting federal agencies by providing temporary data links to facilitate evidence-based projects.

“The commission envisions a future in which rigorous evidence is created efficiently as a routine part of government operations and used to construct and evaluate public policy,” Haskins said of the bipartisan panel formed by the law’s sponsors, Rep. Paul Ryan, R-Wisc., and Sen. Patty Murray, D-Wash.

“We engaged in vigorous debates about the right path to achieve this future, but in doing so we learned from fellow commissioners who had expertise in areas different from our own,” said Haskins, also a senior fellow with the Brookings Institution.

The NSDS would need to be established through congressional legislation, but the report envisions it as an independent body governed by a steering committee of departments, state agencies and academia, and given the authority to pursue public-private partnerships to develop new technologies and projects.

“This report will fulfill the desire the American people have for an efficient and effective government,” Ryan said. “This report sets forth a vision in which rigorous evidence is used to inform and shape public policy at all levels from Congress to our executive agencies. And we can get greater use of existing data while strengthening privacy and legal protections for citizens.”

One thing the proposed NSDS wouldn’t be, the report said, is a rehash of the federal Data Bank of the 1960s, which served as a warehouse of government data. Rather, the commission recommended the NSDS serve more as a conduit, providing temporary information links from around the government and removing personal identifiers.

“We think we’ve designed an infrastructure that can establish a routine way of deciding what are the main questions we want asked, how do we go about getting the evidence to answer those questions and then use that in the decision-making process,” said commission member Robert Shea, a former Office of Management and Budget associate director and current public sector principal at Grant Thornton.

Though the commission’s report is complete, Haskins and fellow co-chair Katharine Abraham said they will remain the face of efforts to inform any legislative action moving forward.

Both Ryan and Murray said that the report’s release was not a conclusion of the process, but merely its first step toward improving policymaking.

“No matter what any of us think about government in general and no matter about what we think about programs or investments in particular, surely we should be able to agree that we should do everything we can to make sure they work as well as possible,” Murray said. 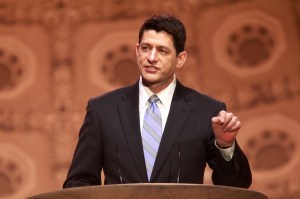