Legislative branch websites on average are slower — and less accessible for people with disabilities — than other federal websites, according to a new report.

Research from the Information Technology and Innovation Foundation found that legislative branch websites performed worse overall than other federal sites on tests for things like accessibility and page-load speed.

An example: Only 69 percent of legislative websites passed the desktop page-load speed test, while 78 percent of the most popular federal sites passed, according to ITIF data.

“Legislative websites are not performing well, and this is likely because they’re not subject to the same standards as the rest of the government,” said Alan McQuinn, research analyst for ITIF. “They should be subject to those standards.”

Websites belonging to members of Congress were not tested, but the think tank compiled a list of 94 sites belonging to the legislative branch in general, including those for congressional committees and commissions.

The tests were a follow-on to a report the think tank published in March after analyzing nearly 300 of the most popular federal government websites. A few of the original nearly 300 tested were legislative branch websites, so the comparison isn’t perfect, but this time a smaller percentage of legislative websites passed desktop page-load speed tests, and a smaller percentage were deemed accessible to people with disabilities than other federal websites.

“Legislative websites only outperformed its peers on metrics for mobile friendliness and Secure Sockets Layer (SSL) implementation,” according to an ITIF blog post. The SSL certificates underpin most HTTPS connections.

ITIF made a few recommendations to fix problems identified in the data published last week, including that, “the House and Senate Administration Committees should require legislative agency and committee websites to follow the same standards for websites that executive-branch agencies follow.”

“Many poorly performing federal websites are part of the legislative branch, and thus they are not bound by the same rules and guidelines as executive-branch websites. But that does not mean these websites are less important resources for the public or that users expect a different experience when visiting these sites,” the blog post notes. 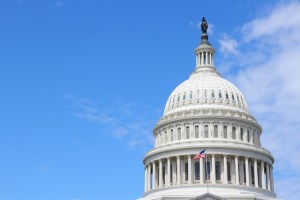