An initial investigation into the outage that hit the Federal Aviation Administration’s Notice to Air Missions system has found that the error may have been caused by a damaged database file.

In a statement issued at 6:30 p.m. EST Wednesday, the agency said it was continuing a “thorough review to determine the root case of the Notice to Air Missions (NOTAM) system outage.”

“At this time, there is no evidence of a cyber attack,” it said. “The FAA is working diligently to further pinpoint the causes of this issue and take all needed steps to prevent this kind of disruption from happening again.”

The Federal Aviation Administration took the decision to ground aircraft between 7:30 a.m. and 9:00 a.m. EST Wednesday after an attempted reboot of the notification system was unable to rectify a system error.

Speaking to reporters on Wednesday, Transportation Secretary Pete Buttigieg shared additional details about the timeline of the outage, noting that it first began at 3:28 p.m. on Tuesday, Jan. 10.

A backup system went into effect and the main system resumed before which problems reappeared, according to the secretary’s comments, which were reported by the Washington Post.

Buttigieg also shared that the FAA conducted a “complete reboot” of the NOTAMS system at about 5 a.m. EST Wednesday morning before making the decision to temporarily ground U.S. domestic air traffic because of concerns that the alerts were not populating correctly.

If the diagnosis is correct, NOTAMS will be the latest example of a major federal IT system outage caused by a damaged database file.

In August, a major outage of the Department of Veterans Affairs’ critical Cerner Millennium electronic health record system was caused by a corrupted patient database. Details of the system outage were first reported by FedScoop.

NOTAMS is a communication system that alerts pilots to immediate hazards that could pose a threat to flight safety such as construction works on runways or flocks of birds. It operates separately from the FAA’s air traffic control services operation, which governs airspace across the country.

Two forms of bulletins can be sent through the system: temporary NOTAMs, which make pilots aware of hazards that are likely to change, and permanent NOTAMs which communicate information such as warnings that an entire section of airspace has been closed. The alerts are sent using contracted language to avoid ambiguity and facilitate fast transmission. 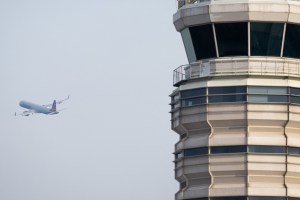