As government agencies accelerate their modernization efforts, the cost and complexity of moving that data is prompting leaders to explore hybrid cloud computing. One model that organizations are exploring is the ability to bring cloud capabilities on premises, where their primary enterprise data, applications and workloads reside.

In a recent video interview series, produced by Scoop News Group, we invited agency and industry leaders to share how they are taking steps to embrace this hybrid cloud operating approach.

The series, Hybrid Cloud Transformation in Government, sponsored by Hewlett Packard Enterprises, was filmed between September and October, 2021.

Sheena Burrell, deputy CIO for the National Archives and Records Administration says that while “allowing a cloud-based resources to work on data that stored on prem, without the need to move the data back and forth…decreases cost,” security concerns also need to be considered in deciding how to build the cloud interface.

And according to Brian Falvey, vice president for GreenLake Cloud Services at Hewlett Packard Enterprises, organizations across the public sector are all facing their own challenges around refactoring certain applications into the cloud, especially when it comes to costs, meeting regulatory mandates and security. That’s partly why HPE developed GreenLake — so that agencies can “take advantage of the benefits, the elasticity, and so forth that come with the experience of being in public cloud” for data stored on premise or in a private cloud.

How adopting cloud capabilities is making a difference for mission services

Burrell shares that NARA began to move to its data to the cloud to address performance and scaling issues with large data sets. They adopted a pay-as-you-go model to take advantage of cloud resources and lower costs.

Now, she says, NARA is working with the Veterans Administration to digitizing those records.

“New Jersey, just within the past three to four months [has] embarked on a journey of taking a large mainframe that supports our executive branch and we move that to a mainframe-as-a-service, cloud operating environment. That’s going to allow us to take some of the folks that have been doing base level operating system, hardware and software support and shift some of their skill sets to more operating a direct citizen focused service,” he shares.

John Evans, chief technology adviser at World Wide Technology adds that the evidence points to be advantages of cloud-as-a-service vs traditional cloud computing, especially when it comes to making real-time decisions.

For example, “getting access to medical records as quickly as possible could make a difference in many scenarios. And this fast access to data or systems is definitely not limited to healthcare. There are a lot of examples that I think we could cite across law enforcement, defense, etc. where data is needed as quickly as possible to make real-time decisions.”

In the end, it all comes down to strategic planning says Kimberly Bailey, CIO for the City of Memphis. She shares how her office coordinated a capacity and redundancy study to look at all applications being used across the city to determine what belongs in the cloud.

“Knowing all of what’s in our environment is very important. And as we decide what makes most sense, that will work. So we will be doing this over the next year to making sure that things are on point.”

Hear more from the executives:

This video series was produced by Scoop News Group and sponsored by Hewlett Packard Enterprise. 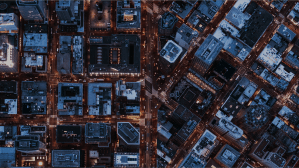