The 115th Congress kicked off on Tuesday, and there will be a few newbies on Capitol Hill who may want to contribute on technology-related policy. Some have past experience in technology-based roles, while others had significant backing from tech companies during the campaign season. For some, issues such as acquisition reform and improving cybersecurity were top priorities.

Bacon served for nearly 30 years in the Air Force, with experience specifically in electronic warfare.

He retired as a brigadier general after working in the intelligence, electronic warfare, reconnaissance and public affairs career fields, according to his website.

“He deployed four times during his career to the Middle East to include commanding an electronic warfare squadron during the invasion of Iraq and a year-long tour to Baghdad during the surge in 2007-2008,” according to his biography.

Bacon notes in his platform that as part of building a strong national defense, “we need to retool our military with the latest technology, reduce the massive headquarters’ staffs, and reform our acquisition processes.”

Before announcing his candidacy Gottheimer worked as the general manager for corporate strategy at Microsoft, “where he worked on the cutting edge of technology, innovation, and management,” according to his biography.

He also served as the first Federal Communications Commission’s director of public-private initiatives.

“As the first Director of Public-Private Initiatives, Josh put his entrepreneurial approach to work for the American people, building consensus across sectors to advance broadband adoption, broadband-enabled jobs, digital literacy, education technology, cybersecurity, mHealth, and public safety,” said then-Chairman Julius Genachowski in a 2012 statement when Gottheimer stepped down from the FCC role. “In particular, Josh’s work to launch Connect2Compete, a first-of-its-kind effort to help close the broadband adoption gap, will make a real difference in the lives of millions of Americans.”

Gottheimer talks in his platform about investing in research and development “so we can continue to pump out first-rate innovation.”

He also supports “integrating education technology in the classroom and programs that greatly emphasize Science, Technology, Engineering, and Math (STEM), skills that are increasingly necessary for children who will enter the workforce in the coming decades.”

Espaillat has infused technology into two different parts of his campaign platform.
To increase economic development, he says he will “breakdown barriers for small businesses by: increasing access to capital, providing grants for new technology, and tax breaks for hiring local.”

And to improve education, Espaillat’s platform suggests “putting the same focus on building a national technology curriculum as we did on going to the moon.”

Harris served as California’s attorney general, where she recently butted heads with Uber over its self-driving cars.

On tech-related issues, Harris notably says on her campaign website she supports criminal justice reform to create a “’smart on crime’ approach — one that applies innovative, data-driven methods to make our system more efficient and effective.”

Her website also notes that while serving as attorney general she “fought to … increase the adoption of technology and data-driven policing by law enforcement,” and she “worked with the technology industry to improve online privacy and safety, and developed new tools to fight cyber exploitation.”

On his campaign website Johnson notes that “The threat to America’s cybersecurity is the latest frontier in the war on terror, and an emerging challenge that our nation must address with every available resource.”

Johnson on his website pledges to make funding to identify and prevent attacks a priority, as well as funding to “investigate and prosecute cyber criminals.”

Lastly, the freshman also notes that “Because a large number of our electronic devices are manufactured overseas, we must develop a plan to protect our digital supply chain and ensure our enemies are prevented from using these devices to their advantage.”

Khanna served as Deputy Assistant Secretary at the U.S. Department of Commerce during part of the Obama administration.

[Read more: How did tech-savvy lawmakers do this election season?]

The freshman from Illinois has served as president of Sivananthan Labs and Episolar, companies that develop and sell products in national security and renewable energy.

He also served as vice chairman of the Illinois Innovation Council, “whose mission is to promote innovative technologies that support economic growth and job creation.”

Unsurprisingly, Krishnamoorthi supports expanding the Small Business Innovation Research program, to “direct a greater share of federal R&D funding to our nation’s small businesses that create most of the new jobs in our economy.”

Rosen has worked as a computer programmer, software developer and designer for companies including Summa Corporation, Citibank and Southwest Gas Company.

On her campaign website Rosen commits helping to secure America’s “infrastructure and airports from outside threats — including cyber-attacks.” 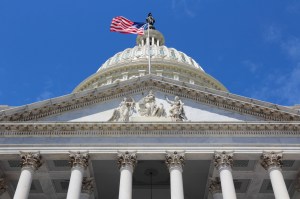