The National Security Agency improperly assessed technical proposals from Microsoft submitted as part of the WildandStormy cloud procurement, according to the Government Accountability Office.

The government watchdog in a bid protest decision agreed with Microsoft’s argument that technical proposals were evaluated unreasonably by the NSA and in a way that was inconsistent with the terms of the solicitation. As a result, GAO has recommended that NSA reevaluate technical proposals and potentially make a new source selection.

GAO in October sustained the bid protest brought by Microsoft over the award, but details of the decision were not published until Monday. Microsoft earlier this year contested the award of the intelligence community cloud contract to Amazon Web Services.

“We recommend that NSA reevaluate technical proposals, consistent with this decision, and based on that reevaluation, perform a best-value tradeoff and make a new source selection decision,” GAO said in its opinion.

Among the key factors for GAO’s decision was its view that it was unreasonable for the NSA to view the role of the Defense Information Systems Agency (DISA) as an approving authority gateway for top secret and unclassified services that would be provided under WildandStormy as a weakness for Microsoft.

According to GAO’s opinion, NSA in its decision objected to DISA’s role as an authorizing agency, because it had concerns that services on Microsoft’s cloud environment may not be processed according to NSA priorities.

Despite sustaining this element of the protest, the watchdog denied Microsoft’s argument that NSA unreasonably evaluated offerors’ management proposals. It dismissed also Microsoft’s protest that the agency failed to evaluate price proposals on a common basis, saying that this was an untimely challenge.

An AWS spokesperson said: “AWS is honored to have been selected as the cloud provider for the NSA’s Hybrid Compute Initiative, and we remain committed to supporting the NSA’s critical missions.”

A spokesperson for NSA said: “NSA respects the oversight of the Government Accountability Office, and will work to ensure the capabilities can be delivered to support the Agency’s mission in a manner consistent with GAO findings.  The Hybrid Compute Initiative remains a priority for NSA, and we will continue to work through the source selection process to acquire this critical capability for national security.”

Microsoft did not immediately respond to a request for comment. 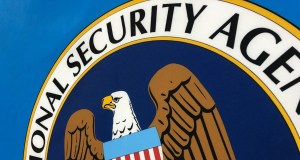