Amazon Web Services has won a cloud contract to host top-secret material for British intelligence services, according to a report by the Financial Times.

As part of the deal, Amazon Web Services (AWS) will provide a high-security cloud system to the U.K.’s signals intelligence body GCHQ that will also be used by intelligence agencies MI5 and MI6. The single-vendor cloud contract is understood to be worth up to $1.4 billion over the next decade.

Although AWS is an American company, data on the system will be held in the U.K. and the company will not have access to data on the cloud platform.

The overseas contract is the latest deal between a U.S. technology giant and the intelligence community to become public in recent months. In September, the National Security Agency (NSA) signed a $2 billion Greenlake high-performance computing contract with Hewlett Packard Enterprise. NSA also recently awarded a $10 billion cloud contract known as WildandStormy, which according to sources was also awarded to Amazon and is currently the subject of a bid dispute from Microsoft.

In late 2020, the CIA quietly awarded its secret Commercial Cloud Enterprise (C2E) contract to five of the largest cloud service providers: Amazon, Google, IBM, Microsoft and Oracle. The contract is for 15 years and was placed on an indefinite-delivery, indefinite-quantity basis.

C2E was the follow-on procurement to Commercial Cloud Services (C2S), which was awarded to Amazon Web Services in 2013 for $600 million. 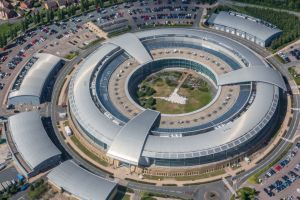