The Government Accountability Office’s new team of futurists, having quickly established itself as a source of tech expertise for Congress, plans in 2020 to increase its analysis of emerging issues like artificial intelligence’s use in health care and the impact of brain-machine interfaces.

The new unit, the Center for Strategic Foresight, got rolling quickly in September, holding its first public conference on “deepfakes” — the synthetic digital media created to manipulate online and real-world reactions — soon after the GAO announced its creation.

GAO officials say a conference is in the works for 2020 that will focus on another of the center’s priority areas: health AI; devices that use brain information to control machines; emotion-recognition tech; or how changing demographics will affect government.

“Most of our activities they’re going to be public facing — collaborative,” James Christian Blockwood, managing director of the GAO‘s Strategic Planning and External Liaison, told FedScoop. “That’s always been our design.”

The GAO directed Blockwood’s office to develop the new center to bolster the agency’s identification of technology trends, as well as demographic shifts. The idea fits tightly with GAO’s mission to serve as Congress’ budget and policy watchdog, as well as a deep source of expertise for lawmakers.

GAO has long used “environmental scanning” — the practice of looking for emerging, global issues — to alert lawmakers to tech trends and their organizational implications. That’s how the center chose deepfakes as the marquee theme for its first conference, Blockwood said. The event also included discussion of space policy.

The center also is planning external briefings from its fellows, whether in person or written for GAO leadership and lawmakers.

After the September conference, the center produced an emerging issues brief on deepfakes for GAO’s comptroller general and other senior managers in collaboration with the Science, Technology Assessment, and Analytics team launched in January. The center has done similar work in the area of cellular agriculture, the production of crops from cell cultures.

GAO management uses those briefs to determine if additional study of the issue or audit work is necessary. Another team or agency may become aware of the center’s research and follow up, Blockwood said.

While fellows from the center have yet to testify before Congress, that’s not out of the question if an issue falls within their wheelhouse, Blockwood said. For now, fellows have lended their expertise to GAO audit teams and even participated in a followup briefing on deepfakes provided to clients, including lawmakers.

The center will also establish a web presence in 2020, Blockwood said. 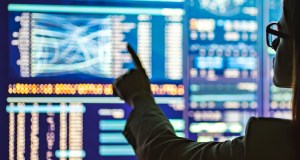 GAO’s foresight shop has its eyes wide open for 2020