The year 2019 featured broad agreement that Congress must do something to increase its tech-savvy — not only for the internal systems used by lawmakers but also for the purposes of writing better legislation about technology itself.

There was less agreement, however, on what exactly this something should be. Instead, there was a range of ideas, including the evergreen favorite recommendation that Congress revive its old Office of Technology Assessment, as well as proposals to centralize the legislative branch’s purchasing power.

Much of the activity came out of the Select Committee on the Modernization of Congress, which was established in January and took shape in the spring. In July the panel issued a bunch of recommendations tailored for the House of Representatives. These, like much of the conversation about technology on Capitol Hill, broke down into two broad camps: building expertise for the process of writing 21st-century laws, and better technology to support that work. Here’s some of what went down on both counts:

The debate around whether to revive the Office of Technology Assessment isn’t new. But support for the advisory group — which provided Congress with objective, forward-looking reports on science and technology developments from 1972 to 1995 — certainly got air time in 2019.

In a Select Committee on the Modernization of Congress hearing in May, former lawmakers praised the agency, which was shuttered by a Republican majority in 1995. “It’s time to bring back the Office of Technology Assessment,” said Vic Fazio, a Democrat who represented California’s third district from 1979 through 1999. “I think we’ve all been embarrassed by the way Congress fails to understand technology. OTA needs to come back in some form.”

In July, the committee officially recommended (though the panel’s decisions don’t bear legislative weight) that OTA be reinstated.

An early draft of the legislative branch’s spending bill proposed $6 million in funding to get the office up and running again, but this item didn’t make it through to the final version.

Meanwhile, the Government Accountability Office, the legislative branch’s watchdog agency, stepped in with its own proposed solution. GAO created a new Science, Technology Assessment and Analytics (STAA) group in January in order to provide forward-looking tech assessments to Congress. The arrival of STAA might have undercut a revival of OTA.

“I think there is hesitancy to create … another agency, essentially,” John Neumann, one of the team’s managing directors, told FedScoop. “And GAO already has some capacity. It requires fewer resources to build our capacity than to create a new infrastructure.”

In line with this reasoning, a recent congressionally mandated report by the nonpartisan National Academy of Public Administration (NAPA) advised that Congress at least begin by beefing up STAA and creating a small “S&T advisory office” focused on helping Congress build capacity to absorb the information coming out of STAA or the Congressional Research Service. This office could grow into something more along the lines of OTA, NAPA suggested in a hearing, if needed in the future.

For now, there’s one sure place to look to find tech-savvy staffers currently roaming the halls of Congress: TechCongress. The four-year-old fellowship program placed its biggest cohort to date — eight fellows — on their various projects in April.

What about the tech that Congress itself uses?

There is also, of course, the issue of improving the technology used by congressional offices and committees. Like much of government, Congress struggles to invest in tech modernization leaving members and staff to deal with antiquated systems.

The recommendations from the Select Committee on the Modernization of Congress include things like “requiring House Information Resources to allow Member offices to test new technologies” and “leveraging bulk purchasing of the House by removing technology costs out of Member offices’ budgets and moving into a centralized account.” The select committee was created to focus only on the House, the Senate does not have a similar effort underway at this time.

For Chairman Derek Kilmer, D-Wash., and Vice Chairman Tom Graves, R-Ga., the range of recommendations speaks to the fact that there isn’t one single item — tech or anything else — that will magically make Congress work better.

“If there were a silver bullet to making Congress function better, we would have fired it,” Kilmer told FedScoop in a recent interview. “And I just don’t think that’s true. I think it’s more like silver buckshot — there’s a whole bunch we’ve gotta do.”

For example, the process of bringing new tech into the House is too cumbersome and slow, Graves said. There should be more opportunity to test new technologies, and the House should look to leverage bulk-purchasing to its own benefit. These are all issues, Graves said, that were perfect fodder for the committee, given their bipartisan appeal.

The select committee itself doesn’t have the power to implement its recommendations, but in early December its official proposals and others made their way into bipartisan legislation introduced by the members of the committee. The “Moving Our Democracy and Congressional Operations Towards Modernization (ModCom)” resolution ultimately aims to “make Congress work better for the American people.” Even more recently the committee issued a third round of recommendations, this time focused on building bipartisanship and streamlining processes.

And there’s more to come — in November the select committee’s mandate was extended for an additional year to Jan. 2021. Graves and Kilmer are hopeful about what they can get done. “I think we can make a difference,” Kilmer said.

The Pentagon’s JEDI cloud wars
A tense homestretch for 2020 census prep
2019 in review: A chief data officer in every agency
Agencies embrace RPA — AI less so
CDM program continues to wait for nod from Congress 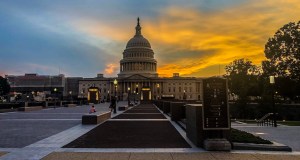 2019 in review: The year in building tech capacity on Capitol Hill