General Dynamics Information Technology won a contract with a potential value of about $150 million to modernize NATO’s IT infrastructure, the NATO Communications and Information Agency said.

“This contract will fundamentally reshape NATO’s nervous system and allow us to reduce costs,” said NCI Agency General Manager Koen Gijsbers in a statement Thursday. “In light of its importance to the Alliance’s cyber posture, it is paramount that the work is executed on time, in scope and in budget.”

General Dynamics is partnering with NCI Agency “to implement a fully-modern, private cloud-based infrastructure,” according to the General Dynamics announcement. The single-award contract includes about $85.5 million for phase one, and options for three future phases, according to a press release.

Two data centers will be delivered in the first phase, as well as two service operations centers, according to a news release. NCI Agency estimates the first phase would be completed by September 2018.

General Dynamics is also charged with implementing so-called “enhanced nodes,” geared toward providing services for a specific location versus the entire NATO enterprise, said NATO Communications and Information Agency spokesperson Michal Olejarnik. One of those will be located in the U.S., at Norfolk, Virginia.

The nodes will be smaller scale — targeted to providing users in a specific location a limited set of applications, versus the core capacity the data centers will be providing, he said.

Norfolk is a hub for data-exchange between NATO and the U.S. Armed forces, Olejarnik said.

“General Dynamics is honored to have been selected to deliver this mission-critical project for NATO,” said Bernie Guerry, senior vice president of General Dynamics Information Technology’s Intelligence Solutions division, in a statement. “This IT modernization program comes at a critical juncture for the Alliance, and will be a significant contributor to delivering resilient and cutting-edge support to NATO at a time of unprecedented challenges on both the northern and southern flanks of the Alliance.” 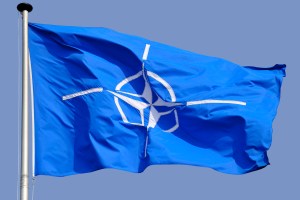