The Administrative Office of the U.S. Courts plans to support its systems with a $298 million application development contract awarded to General Dynamics IT in May and announced Tuesday.

While GDIT is mostly known for its work in the aerospace and defense sectors, the five-year blanket purchase agreement covers cybersecurity and digital services for the U.S. Courts’ Case Management Systems Office.

The Cybersecurity Executive Order issued in May 2021 has many agencies prioritizing DevSecOps, and AOUSC is no exception — ensuring GDIT implements the approach even as it accelerates the agency’s software delivery.

“We have supported AOUSC with advanced technology capabilities and services for more than 25 years, and this contract gives us another opportunity to further advance its mission,” said John Ludecke, vice president and general manager of GDIT’s Federal Civilian Division, in the announcement.

In July, GDIT hired Robert Morse as a senior solutions architect within its federal judiciary business. He is a 30-year veteran of the federal government and held senior leadership roles within the Administrative Office of the U.S. Courts.

That month also, the Government Accountability Office published a report in which it found that AOUSC’s IT staff lack cybersecurity skills. The report further criticized the agency for lacking a chief information officer and failing to give the role enterprise-wide authority. 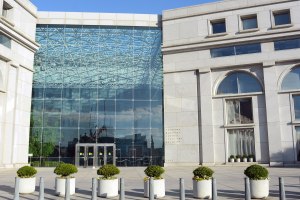