Google will spin off its public sector-focused business line from Google Cloud to launch an independent division focused purely on federal, state and local governments and the education sector, the company announced Tuesday.

The new public sector division will be a separate legal entity from Google Cloud operating as its own independent company with a board of advisers. Will Grannis, CTO of Google Cloud, will lead the stand-up of the new division until a permanent CEO is selected.

In launching Google Public Sector, the company is “doubling down our significant commitment to serving the U.S. public sector,” Google Cloud CEO Thomas Kurian, whom Grannis will report to, told FedScoop in an interview.

Grannis explained that the division will have a “full complement business functions and capabilities that you’d expect and our customers would expect” dedicated specifically to the public sector.

Lynn Martin will lead the U.S. Public Sector sales organization, reporting to Grannis. Other notable public sector-focused Googlers supporting the division include Jeanette Manfra, senior director of global risk and compliance and a former top cyber official at the U.S. Department of Homeland Security; Joel Minton, Google Cloud technical director for the Office of the CTO and former executive director of the General Services Administration’s Login.gov; and Phil Venables, Google Cloud CISO and an adviser on the President’s Council of Advisors on Science and Technology.

In turn, Kurian said this doubling down gives public sector organizations something they want: an alternative to the “legacy” cloud providers who have historically dominated the government’s cloud market, like Amazon and Microsoft.

“Public sector customers want more diversity in the cloud vendors who serve them. They want help to move away from legacy providers, help to modernize their core technology and to advance their innovation agendas,” Kurian said. “They see Google as a really advanced engineering company that has technology that can really change how they use technology to deliver services to be more efficient, to enable new capability, and choice has always been important to them.”

“[C]ompetition brings both access to the best technology at the most attractive price,” he said, adding that “choice always gives the government flexibility.”

Google has been increasing its business with the public sector in recent years leading up to this decision. At the federal level, it’s won large tech contracts on both the civilian and defense sides, with the Department of Energy, U.S. Postal Service and Department of Veteran Affairs, as well as the U.S. Air Force, Navy and Defense Innovation Unit, to name a few.

The company has also bid on the Pentagon’s billion-dollar multi-cloud acquisition, the Joint Warfighting Cloud Capability (JWCC), despite dropping out of the running for that procurement’s failed predecessor, the Joint Enterprise Defense Infrastructure (JEDI) contract due to reported ethical concerns.

Grannis said that four years since that JEDI decision, there are no questions about Google’s commitment to the U.S.’s mission of defense, pointing to Google’s bid on JWCC and work on other military contracts as signaling intent of that. With “federal, state local education, and then you know, more broadly defense — intel and defense-related — we’re 100% committed to supporting all of those customers and their unique missions,” he said. “And my role will be to make sure that we harness the incredible power and technology of Google to make sure that we’re supporting those missions in a very purposeful and complete way.”

Google’s big bet, Grannis said, is that by focusing its resources more purely on the public sector, it will be able to work more closely and in lockstep with governments and academia to deliver what they need for their missions more quickly.

“We’re kind of the pioneers for advanced technology that the government today is starting to adopt,” Grannis said, pointing to Google’s innovative work around zero-trust security, data analytics and its cloud-based collaboration tools. “One thing we’re always thinking about is how can we deliver that innovation faster in a more focused and purposeful way to governments.”

How NASA uses Google’s notebooks and machine learning and analytics services to do research, for instance, is vastly different than how teachers in a classroom might use similar tools, Grannis explained. “And so being able to understand them, characterize them rapidly, deliver the technology at the point of use for the exact mission need is really a driving force as well.”

“Tightening those loops” between Google’s core tech and innovation and what customers in the public sector desire “means more mission capability faster to our customers,” he added. ” And so really, we start with the end goal, which is speeding up that innovation pipeline. And then we bring more resources and more focus and focus matters a lot.”

Google Public Sector will continue to focus on four big areas that have driven Google Cloud’s work with the public sector prior: IT infrastructure modernization, advanced analytics, cybersecurity and collaboration tools, which Kurian specifically said will “bring the best people in the United States to the government because they enjoy working there with a great set of tools.”

On top of that, the new division will amplify its focus on certifications and compliance inherent to the public sector, as well as other support mechanisms.

“By creating the division, it allows us to bring together all the resources that are unique to the public sector that commercial accounts do not need, for example, the way you contract with them, the legal department that you need to support it, the need for employees who have clearances, those are all things, and by bringing focus, it allows us to just function more effectively,” Kurian said. 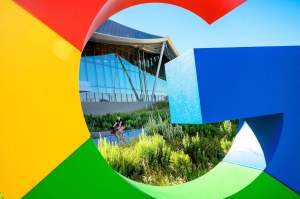