The General Services Administration has awarded over 300 spots to federal contractors across its ASTRO indefinite-delivery, indefinite-quantity vehicle for robotics and unmanned systems.

Awardees include contracting giants Boeing, Booz Allen Hamilton and Leidos, in addition to smaller, veteran-run entities and many others.

ASTRO is a large U.S. government contract vehicle, geared towards the needs of the Department of Defense and the U.S. military. It is understood to have a budget of tens of billions of dollars and no defined ceiling.

Its scope is focused on the operation and maintenance of robotics and unmanned systems, as well as intelligence, surveillance and reconnaissance.

ASTRO is broken out into myriad separate domains, which encompass the majority of the armed services’ technical requirements. ASTRO has 10 pools, or scope areas, for a maximum of 450 contracts.

Contracts issued through the vehicle are intended to support a 10-year ordering period. 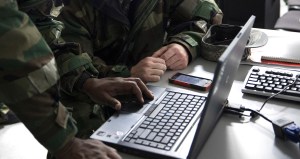