As the General Services Administration leads the acquisition piece of the federal IT modernization puzzle, it’s become apparent to some officials that the agency’s tech acquisition team can’t alone bring about such a large-scale transformation.

Rather, “it takes a village to really solve some of these problems,” said Bill Zielinski, deputy assistant commissioner for Office of Information Technology Category in GSA’s acquisition arm. “I don’t look at it as, ‘How am I going to build and maintain a highly technical skilled staff.’ I look it as the idea that we are working as a broader community to be able to bring the right talent to the table to solve the challenges.”

Grappling with uncertain budgets, talent gaps and the opening stages of a massive technology upgrade in the federal government, Zielinski said plans to tackle those challenges have to reflect the changing nature of technology and the interdependence of GSA’s acquisition teams to achieve their goals.

“I think what we are already seeing, and what I think we are going to see more, is the nature of how agencies buy and consume and stand up technical capabilities,” Zielinski said Thursday at an ACT-IAC meeting with industry officials. “It’s less and less about the idea that I’m going to buy a series of component parts and that I am going to cobble them together myself. It’s this idea that in the as-a-service world that we are firmly in I want to stand up a capability.”

That world may go beyond strictly requiring the technology component, Zielinski said, and could encompass elements like professional services so that federal executives can manage outcomes rather than the technologies needed to achieve them.

To make it easier to acquire those services, Tiffany Hixson, assistant commissioner of the Office of Professional Services and Human Capital Categories, said her team is carrying out plans to simplify acquisition policies, especially surrounding contract offer cycles and a host of cross-cutting agency goals.

“I think that sometimes we forget that the Multiple Awards Schedule is a contract. It’s a really big [indefinite delivery/indefinite quantity] contract and we really need to treat it like that,” she said. “So in terms of source selection and are we being efficient, are we being as innovative as we could be?”

“I’m really personally trying to push bringing some of those practices into the work we are doing on schedules and streamlining is really the first step in that,” Hixson said, adding that GSA would soon be hiring full-time program manager to oversee and help strengthen the professional services schedule.

“It really is a best practice that we’ve had for our [Multiple Awards Schedules] and [Governmentwide Acquisition Contracts], but for the professional services schedule, which actually is the biggest program we manage, we didn’t have that kind of firepower or resource,” she said.

Such moves show that agency leaders are having to think not only about the workforce they need now but also three to five years out.

“You have to be very intentional,” Hixon said. “In terms of that forecasting work that we’re doing about what’s the kind of work we are going to be doing in the future, what are agencies going to be relying on GSA to do? We have to be very thoughtful in terms of our human capital planning. It’s not just how many people do we need, but what kind of people do we need?” 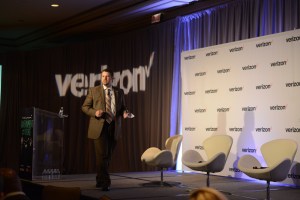 GSA’s IT modernization efforts will take a village, Zielinski says