Quantum industry representatives urged Congress to pass the CHIPS for America Act in order to develop the chips needed for quantum computing, during a White House summit Tuesday.

The Office of Science and Technology Policy hosted the discussion on quantum applications with tech companies, which pushed for increased federal investment in manufacturing more robust hardware that can handle advances in quantum information science (QIS).

Federal officials stressed a desire to keep pace with foreign competitors like China in the quantum space, but U.S. companies are feeling the effects of the global chip shortage due to a lack of domestic semiconductor foundries.

“We need pretty complicated chips doing a lot of things, and the availability isn’t there right now,” said Jamil Abo-Shaeer, CEO of Vector Atomic, during the on-the-record portion of the summit. “Now we buy what’s available and design the [electronic] board after, but we also need chips that don’t exist right now.”

OSTP held the summit precisely because it wants to hear from industry where quantum should fit in the federal investment picture, said Charles Tahan, assistant director of QIS.

Meanwhile the National Institute of Standards and Technology would invest in microelectronics research and development and a Manufacturing USA institute for semiconductor manufacturing, and the Department of Commerce would establish a program matching state and local semiconductor foundry incentives. DOC would also assess industry’s ability to support national defense given the global nature of the semiconductor supply chain.

The Department of Defense would prioritize spending on semiconductors, while the president would stand up a NIST subcommittee on U.S. leadership in the space tasked with developing a national semiconductor research strategy.

But the CHIPS Act never made it out of committee, after Sen. John Cornyn, R-Texas, introduced the bill in June 2020.

Hardware isn’t the only issue facing the U.S. as it tries to take the lead on quantum.

Quantum applications must be developed side by side with the technology, and a workforce needs to be trained to program the computers.

“That is going to be the ongoing test of quantum computing technology as it develops: Will we, in the time it takes to build the hardware, have good applications for it?” said Marissa Guistina, research scientist and quantum electronics engineer at Google. “And can we bring up a generation of scientists who are equipped to find those algorithms?”

The U.S. has yet to begin building next-generation systems that seamlessly blend quantum computers with other emerging technologies essential to their usefulness.

Investments also need to be made in such systems and quantum user facilities.

“The real revolution that’s going to happen in computing is going to be the convergence of our high-performance computing environments, AI systems and quantum computers,” said Darío Gil, senior vice president and director of IBM Research. 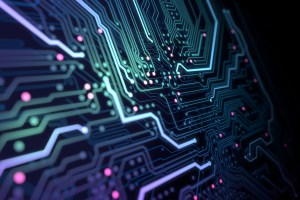