The Oversight Committee sent a bill that would create a federal rotational program for private-sector cybersecurity experts to the House floor Tuesday.

An identical version of the Federal Rotational Cyber Workforce Program Act is working its way through the Senate after being reintroduced there and in the House in April and May respectively.

If created, the rotational program would allow senior tech industry workers to ply their trade for the U.S. government for a set period before returning to their original or a similar role in the private sector.

“While we don’t agree on everything, the severity of the cyber threat has proven so immediate that both conservative Republicans and progressive Democrats came together to support our bill,” said Reps. Ro Khanna, D-Calif., and Nancy Mace, R-S.C., in a joint statement. “As we saw recently with the Colonial Pipeline attack, the cyber threat is real and ever present.”

Khanna and Mace reintroduced the bill in their chamber and thanked Rep. Carolyn Maloney, D-N.Y., who chairs the Oversight Committee, for moving the bill — which they expect House leadership to take up soon.

Agencies would be expected to select rotational positions with integrated cyber missions, with the Office of Personnel Management overseeing the program in coordination with the Chief Human Capital Officers Council, Chief Information Officers Council and Department of Homeland Security. The Government Accountability Office would study a pilot version of the program’s effectiveness, prior to it being scaled up. 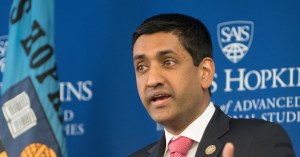