Republican leaders of the House Oversight and Accountability Committee are starting to flex their new authority and are expected to break the current government operations subcommittee into two.

The responsibilities of the House Oversight Committee’s Government Operations subcommittee will now be undertaken by two separate subcommittees: one will focus on IT, cybersecurity and procurement, while the other will focus on the federal workforce, according to a Hill staffer familiar with the matter.

Details of the new subcommittee structure have yet to be finalized, and a vote on the change is expected to take place in the coming weeks.

The changes in the subcommittees come after Republican leaders including Majority Leader Kevin McCarthy and Comer changed the name of the full committee from the Oversight and Reform Committee to its current title to highlight its focus on oversight and accountability. The full oversight committee is led by Rep. James Comer, R-KY.

Since the 2022 midterm elections, which flipped control of the House of Representatives from Democrats to Republicans, the GOP has been vocal about increased oversight of IT and cybersecurity spending at federal agencies including the IRS, DHS and FTC.

The party has also stressed that it intends to redouble its focus on agency record-keeping and spending on disinformation programs that Republican lawmakers view as potentially curtailing free speech.

This was due to his focus on both issues as a Virginia congressman with a large number of constituents in the federal government.

Details of the anticipated subcommittee structure were first reported by Federal News Network. 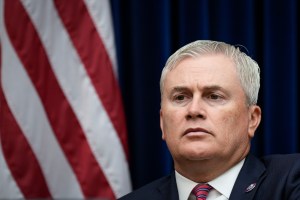 House Oversight expected to create new IT and cybersecurity subcommittee