More than 80 organizations, including big tech companies such as Yelp, want the government to act quickly on the OPEN Government Data Act.

The bill, reintroduced recently by a bipartisan, bicameral group of lawmakers, would set a presumption that all government data be published in open, machine-readable formats. Tech companies and trade organizations alike urged its passage in a letter Wednesday to several members of Congress.

Committing to providing government data to the public, they said, “would encourage businesses, non-profits and others to invest in innovative tools that make use of government data.”

With signees such as Amazon Web Services, IBM software company Esri and the development platform GitHub, the letter says the legislation “would institutionalize the federal government’s commitment to open data and allow the United States to remain a world leader on open data.”

The letter reads, too, that “adopting a policy of open by default for government data would ensure that the value of this public resource would continue to grow as the government unlocks and creates new data sets.”

The OPEN Government Data Act passed the Senate last year but the House never acted on its version.

Some of the 80-plus organizations had also signed on last year to a nearly identical letter advocating for the 2016 bill.

“You know Americans’ taxpayer dollars went to create this data, the American people ought to have easy access to this data,” said Rep. Blake Farenthold, R-Texas, one of lawmakers who introduced the bill, in a recent Oversight and Government Reform hearing.

He added, “With the state of innovation going on in the tech community and actually all throughout the world today, we have no idea what information we’ll be able to glean out of this — how the government might be able to save money, what new inventions might be coming, what scientific advances may happen.” 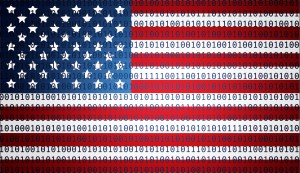 Why IBM, AWS, others care about open government data