It’s been a little more than a month since the White House unveiled its new Cloud Smart strategy and industry stakeholders have a lot to offer in feedback for the draft policy.

Cloud Smart debuted in September updating the Obama administration’s 2010 Cloud First policy and calling on agencies to assess the maturity levels of their cybersecurity at the data layer, acquisition practices and workforce training before migrating their IT operations to a cloud infrastructure.

The Office of Management and Budget solicited public comment on the policy through Oct. 31, during which stakeholders drew attention to a key issue not widely addressed in the strategy: how to manage and move data through hybrid and multi-cloud models.

Because cloud migrations can range from moving an agency’s entire IT infrastructure to a commercial provider to adopting a hybrid model blending a public cloud with agency on-premise data centers, several commenters on OMB’s GitHub page praised the White House’s efforts to update the policy. But they also asked for more clarity on how it will address a number of data issues, including hosting hybrid environments.

That’s not surprising, said Jonathan Alboum, former Department of Agriculture CIO and now U.S. public sector CTO for Veritas Technologies, who has called for the agencies to have a better catalog of their data environments before making the shift to the cloud.

“Agencies tend to have data in lots of places,” he said. “So really managing data across those infrastructures multiple clouds and hybrid environments becomes really important if you are going to be able to get the value out of your data.”

That includes addressing data governance and portability, he said, given that agencies may be maintaining at least some on-premise data centers or plan to have a multi-cloud environment that data will have to navigate.

“In the age of the hybrid and multi-cloud environments that we are in, you really need to plan that from an early stage. It’s hard to get there after the fact,” Alboum said. “I’m looking for the cloud strategy to talk about that kind of capability.”

Other stakeholders called for the administration to clarify how agencies should approach hybrid or multi-cloud architectures. Officials from Intel noted in their comments that the FITARA scorecard has been cited by some CIOs as an inhibitor to the hybrid cloud model because it requires them to focus on data center consolidation goals.

Rep. Gerry Connolly, D-Va.,— who co-sponsored the law — said in an email to FedScoop that FITARA is designed not to take cloud options away from CIOs, but rather to empower them to decide which approach, including hybrid, could best address their modernization efforts.

“The data center optimization and consolidation provision in FITARA was drafted to allow for flexibility in agencies’ adoption of cloud computing technology. It is not a ‘no-data-center-fits-all’ approach,” he said. “Whatever form the Trump administration’s Cloud Smart strategy takes, agency CIOs must have authority over their agency’s IT budget, including the acquisition of any cloud products.”

Data management hasn’t exactly been an issue that the administration has overlooked, however. The White House has outlined plans to leverage troves of government data as an asset in both the President’s Management Agenda and a draft version of its federal data strategy.

But Alboum said given the important role cloud will play in infusing technologies like artificial intelligence, machine learning and others into agency infrastructures, accounting for strong data governance and portability ahead of any cloud migration will be essential to success.

“Whatever the next set of capabilities are, the underlying data is going to be the oil that makes them go,” he said. “If we are able to manage our data effectively with all the things we’ve talked about: understand where it is in your organization, protect it the right way, have resiliency around your data, ensure that it’s properly encrypted and that it’s movable as appropriate between environments. Now, you’re setting a foundation to do really big things.” 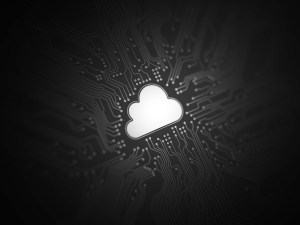