He starts work in the new role Feb. 28 after joining the agency last year as a senior adviser for cloud and cybersecurity.

Previously, Saunders held the post of CISO at the Small Business Administration and moved to OPM in April 2021. One federal IT source speaking to this publication said that Saunders has already been acting as an “unofficial CISO” since joining the agency.

At the SBA, Saunders worked closely with then-deputy CIO Guy Cavallo, who subsequently moved to OPM as deputy CIO and in July was installed as permanent CIO. While at SBA, Saunders and Cavallo worked to implement the requirements of the CARES Act as well as the IT systems for the Paycheck Protection Program and Economic Injury Disaster Loan program.

Technology leaders at OPM have worked to turn around its IT systems since the agency attracted criticism under the Trump administration and was targeted for deconstruction.

In September, the agency said it would support the idea of a working capital fund to finance its backlog of necessary IT modernization projects, if given congressional approval.

This came after the National Academy of Public Administration in March published an independent study that identified glaring IT deficiencies but argued that the agency should not be folded into the General Services Administration.

OPM’s director was mandated by Congress to commission the report from the National Academy of Public Administration, which included 23 recommendations across a range of separate issues.

OPM did not respond to a request for comment on Saunders’ appointment.

News of the appointment was first reported by MeriTalk. 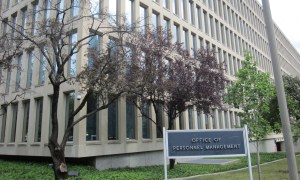