A federal judge has instructed the Department of Homeland Security to forward a records request to the Coast Guard and Secret Service in a lawsuit over the use of cell phone tracking data.

In a ruling issued Friday, Judge Paul Gardephe said regulations make “no exception” for such data requests and directed DHS to comply with a request by the American Civil Liberties Union (ACLU) for it to ask the two sub-agencies to produce records.

The ruling comes in a FOIA lawsuit brought against DHS by the nonprofit in late 2020 in a bid to force disclosure of information about the warrantless purchase of cellphone location data by the agency.

“The regulations make no exception for the Secret Service and the Coast Guard, and DHS has offered no justification for this court to ignore the applicable DHS regulation,” the judge wrote in the latest ruling.

ACLU in June had sought a court order requiring DHS to refer its request for records to the Secret Service and Coast Guard after DHS waited more than 14 months to reject the nonprofit’s request.

In the latest court ruling, however, Judge Paul Gardephe agreed with DHS’s argument that its sub-agency Immigration and Customs Enforcement (ICE) should continue to produce phone records in response to the request at a rate of 500 per month.

ACLU has previously sought to speed up the rate of records production by ICE, arguing in court that DHS increase the pace of production because of the strong public interest in understanding how such phone location datasets are being used.

DHS did not respond to a request for comment. 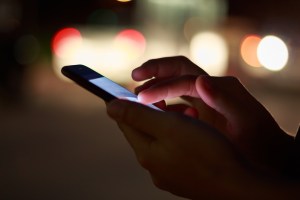