Word is that President Trump is set to appoint Karen Evans as the next official CIO of the Department of Homeland Security.

Sources on Capitol Hill involved with the committees that oversee DHS said they’ve heard Trump’s appointment of Evans could be coming in the next few days. Other sources with knowledge of the situation echoed that she will start in the role next month.

The role is presidentially appointed but does not require Senate confirmation.

If that indeed happens, Evans will replace John Zangardi, who left DHS last fall for a senior vice president role with Leidos. Since Zangardi’s departure, Beth Cappello has served as the acting CIO for DHS.

Evans is a familiar face in federal IT. Prior to the official creation of the Federal CIO role during the Obama administration, she’s served as administrator of the Office of Electronic Government and Information Technology, President George W. Bush’s equivalent of the role.

She also more recently served as the assistant secretary of Energy for the Office of Cybersecurity, Energy Security and Emergency Response — a role she left earlier this year.

Evans would take on the DHS CIO role in the midst of a national emergency, with much of the country still dealing with the coronavirus pandemic despite the push to reopen the nation out of stay-at-home orders. Cappello recently described the efforts DHS has undertaken to continue operation during COVID-19. In particular, she detailed how the department’s cloud migration played an important role in keeping DHS personnel connected to data, systems, tools and co-workers.

DHS could not be reached for comment prior to publication. 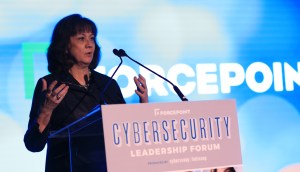 Is Karen Evans the next DHS CIO?