The agreement between the factory and Air Combat Command (ACC), announced Wednesday, solidifies Kessel Run as the command’s go-to source for code and sets in stone the new software buying practices. The software acquisition pathway allows Kessel Run to navigate around red tape that has stymied development on programs. The new policy permits agile development and removes the need to write long lists of requirements before tech can be bought.

“Really we are able to take advantage of these new acquisition pathways that provide us a lot more flexibility with producing agile capabilities,” Jacquelynn Torson, test and integration chief with Kessel Run, said in an interview.

The policy, officially titled “DOD Instruction 5000.87 Operation of the Software Acquisition Pathway,” allows organization like Kessel Run to write short “capability needs” statements and to start working on designs. Previously, the Department of Defense (DOD) had to follow the same process it uses to buy tanks as it does for code, a system that takes years and often results in spending money on tech that is out of date by the time it is cleared for use.

By having a user agreement and other documentation signed between Kessel Run and ACC, it formalizes Kessel Run’s ability to use the new policy. Torson says the policies in the agreement will save time, money and reduce cyber risks in programs by brining Kessel Run’s operating procedures closer to industry best practices.

“We are able to streamline what we are doing,” Torson said.

Kessel Run both develops and acquires software for the military. Its code was recently used during the military airlift operations in Afghanistan and made an international sale to NATO for air refueling scheduling software.

It’s the first military software factory to have such an agreement with a major command. Other factories include the Space Force’s Kobayashi Maru, the Army Software Factory and the Navy’s Black Pearl.

“It is an easy win that we were the first ones,” Torson said.

The next hurdle Torson wants Kessel Run to cross is integrated testing that moves away from the large-scale test event model to testing that takes place at incremental steps along the development of a program. The incremental model is a current best practice for industry software development, and one that Torson says the DOD needs to adopt.

“Here is another area that the DOD likes to control risk is dedicated testing and large test events,”  she said. 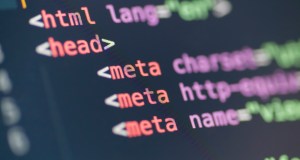