KPMG has hired the Department of Justice’s longtime CIO as a managing director, the “Big Four” accounting firm announced Thursday.

Joe Klimavicz retired from government at the end of February after more than 40 years of service, the last six with DOJ. He will work in KPMG’s practice advising federal agencies on cloud migration and cybersecurity.

Klimavicz managed DOJ’s $3 billion IT spend, united the department under a single email system and consolidated data centers from more than 110 facilities to less than a dozen.

“Joe is a respected federal IT leader, and we’re very glad to have him on the KPMG team as we help agencies transform their IT operations,” Chris Marston, principal and leader of the firm’s government advisory practice, said in a statement. “Our clients will benefit from the deep, hands-on experience he has acquired over many years in government IT — particularly in the area of cybersecurity and cloud adoption.”

Melinda Rogers, deputy CIO at DOJ, was expected to replace Klimavicz in an acting capacity.

Klimavicz also served as the department’s chief data officer. Prior to joining Justice, he worked as the National Oceanic and Atmospheric Administration’s CIO and National Geospatial-Intelligence Agency’s deputy CIO.

“I have operated under the mantra that we need to keep pace with American innovation,” Klimavicz wrote staff in an internal email ahead of his departure. “Every decision I have made has been grounded by the resolution to drive the Department of Justice towards a more modern approach to mission delivery and evidence-based governance.” 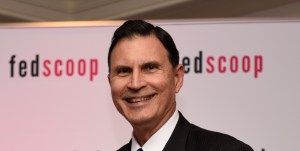