Officials from the Office of Management and Budget and the General Services Administration, gathered Thursday at an AFFIRM event, said though the implementation of the Technology Business Management framework is ongoing, early returns are showing the benefits of using the taxonomy.

“The portfolio value is massive,” said David Shive, GSA CIO. “It’s going to be different for every executive responsible technology or whatever business is running TBM.”

TBM proposes to provide greater transparency of IT spending by standardizing the data taxonomy across the technology enterprise and aligning an agency’s financial, IT and business operations. Experts believe this will result in big savings for agencies.

Already an established practice in the private sector, implementing TBM in federal IT operations has been a signature goal of the Trump administration and plays heavily in the President’s Management Agenda.

Shive said that GSA — which is adopting the taxonomy agencywide now — has seen not only the financial value of implementing the framework, but it’s also given the agency a clearer window into its risk for IT projects.

“TBM allows me to use the taxonomy as a decision engine,” he said. “We can take those learnings, not just in government but outside of government, and say, ‘When you make these kinds of investments in the transition to the cloud or using DevSecOps as a delivery model and say they’ve received these good outcomes when they do that.”

“When we were briefing the incoming administration on the fiscal 2018 president’s budget information, one of the questions was how we’re really spending this $90 billion of IT costs,” she said. “At that point in time, we had 84 percent of the IT portfolio that we really couldn’t categorize into a standard IT bucket. Within one cycle of introducing TBM elements into the CPIC process, we were able to shrink that drastically. We’re currently at 34 percent that’s uncategorized. So, agencies have done an incredible job with breaking out their costs.”

But Morrison added that while applying TBM elements has shown payoff, OMB is far from fully implementing the framework governmentwide. To do that requires eventually moving agencies from current self-reporting of those IT costs to an automated accounting of standardized IT categories.

“Starting to introduce it to the folks that have been reporting IT costs for years, we believe, is really going to help that change management aspect,” she said. “As we are doing true TBM implementations, leveraging data from authoritative systems in an automated way, it makes the reporting for that process a whole lot easier.”

To tap those authoritative sources, Jennifer Kuk, an IT category management specialist at OMB, said the Office of Federal Procurement Policy is looking at applying TBM to the Federal Procurement Data System by “redefining” the product and service codes around the taxonomy by October 2020.

OMB plans to have TBM reporting fully in place in the CPIC process by fiscal 2021. 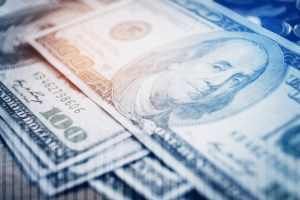