Acting U.S. Digital Service Administrator Matt Cutts would like to remind you that this wasn’t the plan.

“I signed up for a three-month tour of duty with the USDS,” he said, recalling when he first joined the White House tech fix-it team in mid-2016. “And that was a year-and-a-half ago.” He laughs. 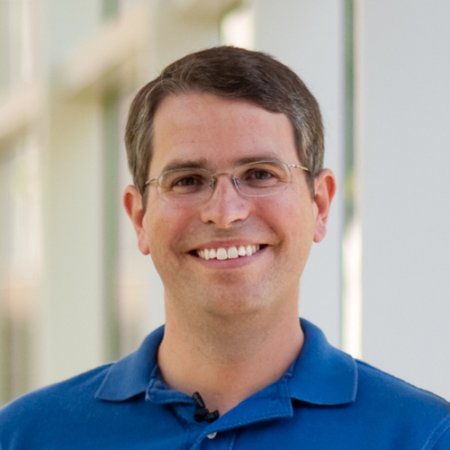 In Cutts’ telling, this is more than just a personal tale — it’s a story shared by other USDS members who sign up for a discreet timeframe and end up staying. “A lot of people get hooked on the impacts that they can make,” he said.

Nevertheless, USDS wasn’t designed to be a longterm gig. The average tenure on the team, Cutts said, is just over a year. This means the organization is always recruiting.

“Not too long ago we were talking to a [venture capitalist] and he was sort of saying the job of any executive is first and foremost to recruit the best people you can get for the job,” Cutts said in a recent FedScoop interview. And he’s been taking this part of his work seriously. Before the holidays, the team held a roundtable discussion in D.C., the largest they’ve had yet, and earlier this month members led two additional roundtables on the West Coast.

The roadshow seems to be working — the USDS blog regularly introduces new members and Cutts said the organization’s headcount is currently 173. While this is small numbers for the government, it’s also a far cry from the concern, a year ago, that the Trump administration might choose to snuff this Obama-era creation.

So what major challenges does USDS face? Simply getting the word out, Cutts said. “I’ve found it’s best not to assume” that people are familiar with the organization, he told FedScoop. The best way to introduce it, he has realized, is by providing examples of the work USDS does. A recently launched tool for veterans to learn how to appeal their discharge status, for example, can do the trick.

But it’s not just getting applicants — it’s getting to the right applicants. “We need people who have that real-world experience, you know, have experience standing things up, which often only comes with time in the industry,” Cutts said. “So I think trying to get the message out to those folks is probably our biggest challenge.”

USDS is also looking for individuals who are ready to work in an environment where culture change is often as important an element as tech change.

“It’s not just about technology, you know. It’s not just about hands on keyboards,” Cutts said. “It’s about finding and enabling partners at agencies, it’s about trying to find the truth, the ground truth, and trying to make sure that gets in front of the right people. And so things like emotional intelligence — the ability to sit down and tell a cabinet secretary that their system isn’t going to launch on time even though they thought it was going to launch on time. That is just as much as a necessary component in many cases as the ability to, you know, stand up a large scale web service.”

Sound like a compelling challenge? Cutts would love to hear from you. Perhaps you, too, will end up staying longer than expected. 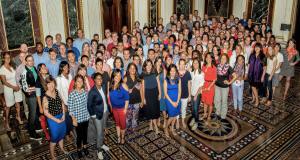 Matt Cutts wants you to join the U.S. Digital Service